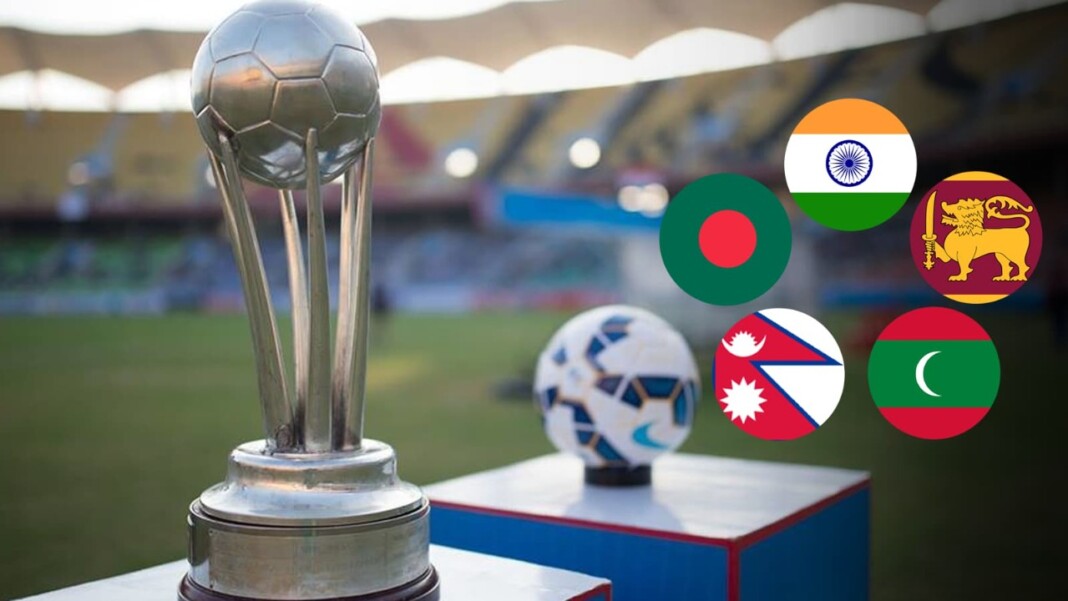 Nepal vs India: Nepal and India are all set to lock horns with each other to play their third match in the group stage of the SAFF Championship 2021. Let’s check out the preview of both the teams before the fixture and also the television broadcaster where the match will be live.

The Nepal team is at the peak of their form has they have won both of their matches in the SAFF Championship, currently at the top of the table with 6 points. They went up against Sri Lanka in their last match where Nepal took a comfortable 2-0 lead much ahead of the 1 hour mark but a stunner from Marvin Hamilton gave Sri Lanka the much needed confidence at the 57th minute. All hopes were gone when Nepal came in with the third goal of the match to seal the result of the match even though a late penalty goal from Sri Lanka at the 93rd minute was not much of a threat for them, ending the match in a 3-2 scoreline.

The Indian team has not been able to deliver their much needed clinical result in their last two games in the SAFF Championship as they went on draw against both Bangladesh and Sri Lanka, currently in the 4th place in the table with two points. They went up against the Sri Lankan team in their last game where they were in complete control of the game but they were not able deliver. They came up with many chances but were not able to connect the final chance at the back of the net whereas the Sri Lankan team defended well in the match bagging atleast a point to their tally.

The match between Nepal and India for the SAFF Championship 2021 will be played in the Maldives National Football Stadium like all the matches for the competition. The stadium is in Malé, Maldives and has a capacity of 11,850.

The match between Nepal and India will be an exciting contest to watch as both the teams will give some edge to edge knock to each other. The prediction for the match is Nepal 0 – 2 India.