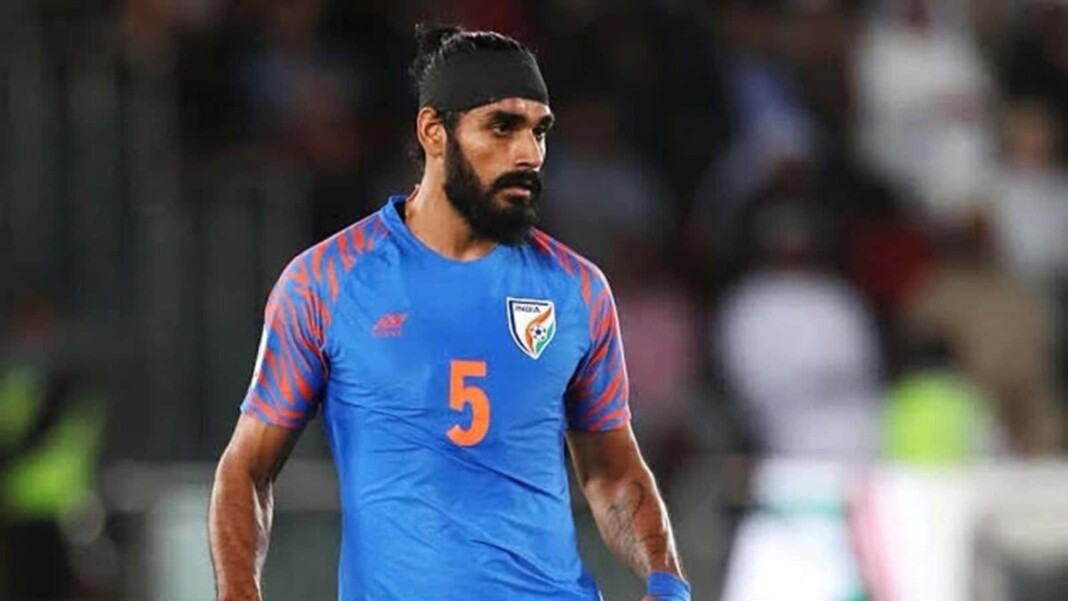 In 2014, Jhingan had received the AIFF Men’s Emerging Player of the Year award. Jhingan who was struggling with injuries the previous season and missed a major chunk of the action returned to action for ATK Mohun Bagan this season and lifted the club to a second spot finish in the Hero Indian Super League.

The Green and Maroons had a stellar comeback season in which he made a total of 22 appearances for his club and featured in all 4 of India’s international matches with three of them being World Cup qualifiers. The 28-year old defender is now eyeing the 2023 Asian Cup qualification and wants to give his best in the upcoming qualifiers.

When quizzed on his upcoming goals, Sandesh Jhingan said, “Our aim is to be in the Asian Cup in China. We want to make it better this time, there’s a lot of passion, determination, desire and enthusiasm going into this Asian Cup qualifiers.”

The stalwart defender also gave his opinion on India’s men’s team national coach Igor Stimac who was recently handed a contract extension by the AIFF.

Jhingan said, “He (Stimac) has played at the highest level – the World Cup, the Premier League. So just being around him is a learning process. He helped me a lot and I’m really happy to have him as the national team coach.”