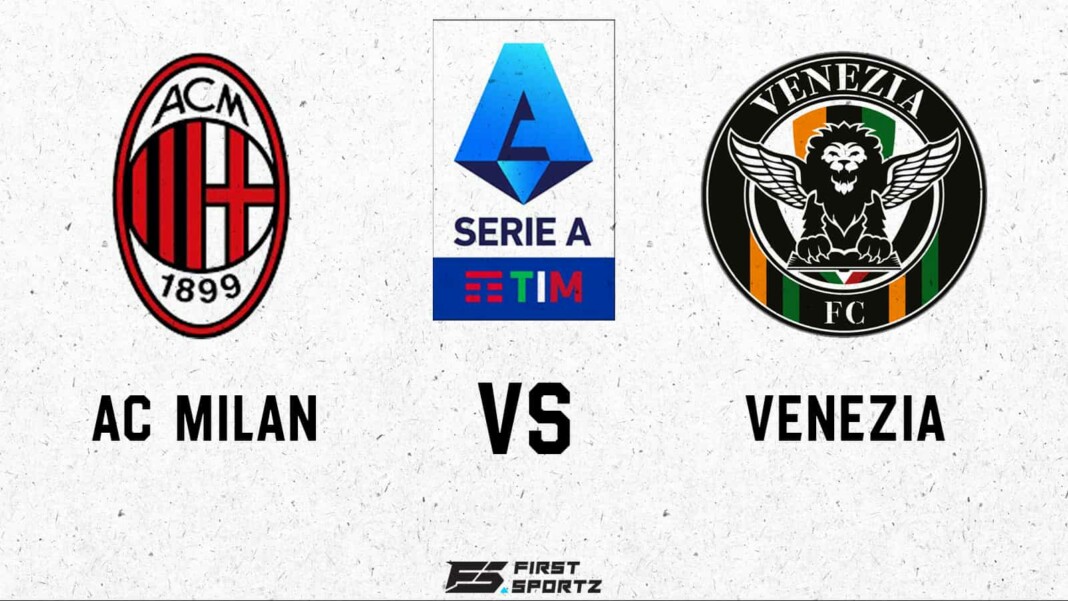 Serie A returns for midweek action as AC Milan take on Venezia at the San Siro Stadium in gameweek 5 on Wednesday 22st September. Ahead of the game we take a look at the AC Milan vs Venezia live stream, preview and prediction details.

AC Milan will be looking to maintain their unbeaten start to the new Serie A campaign when they host newly-promoted Venezia on Wednesday. They are just one of four Serie A sides who remain unbeaten so far this season, after claiming a 1-1 draw against Italian giants Juventus last weekend. Milan went behind by a Alvaro Morata chip in the 4th minute of the game but it was Ante Rebic who scored a header to equalise in the 76th minute from a Sandro Tonali corner kick.

After win against Sampdoria, Cagliari and Lazio in their first three games, Stefano Pioli’s men were unable to continue their 100% start to the season against Juventus but find themselves level on points with their city rivals Inter on 10 points and trailing leaders Napoli by two points.

Their opponents, the newly promoted Venezia were unable to built on their 2-1 win against Empoli in gameweek 3 as they were beaten by Spezia 2-1 in their last game. Simone Bastoni gave his his side the lead in the 13th minute of the game.

Pietro Ceccaroni scored on 60th minute to level matters but it was heartbreak for Venezia and their supporters as Mehdi Bourabia scored a spectacular goal from 25-yards out in the 94th minute with pretty much the last kick of the game to give his side all three points. Paolo Zanetti’s men have now conceded beyond the 89th minute in each of their last three league games, something the 38-year-old will be keen for his side to cut out quickly.

AC Milan will host newly promoted Venezia side at the San Siro Stadium in Milan, Italy. It is also known as Giuseppe Meazza Stadium and AC Milan share this stadium with their city rivals Inter. It has a total capacity of 80,018 seats and it is one of the oldest and largest stadium in Europe.

AC Milan will be strong favourites to claim all three points on Wednesday, even though a number of first-team players are ruled out injured. The hosts still have plenty of quality among their ranks and will surely look for all three points against Venezia and also extend their unbeaten run in the league to five games. Hence we predict a comfortable win for AC Milan.