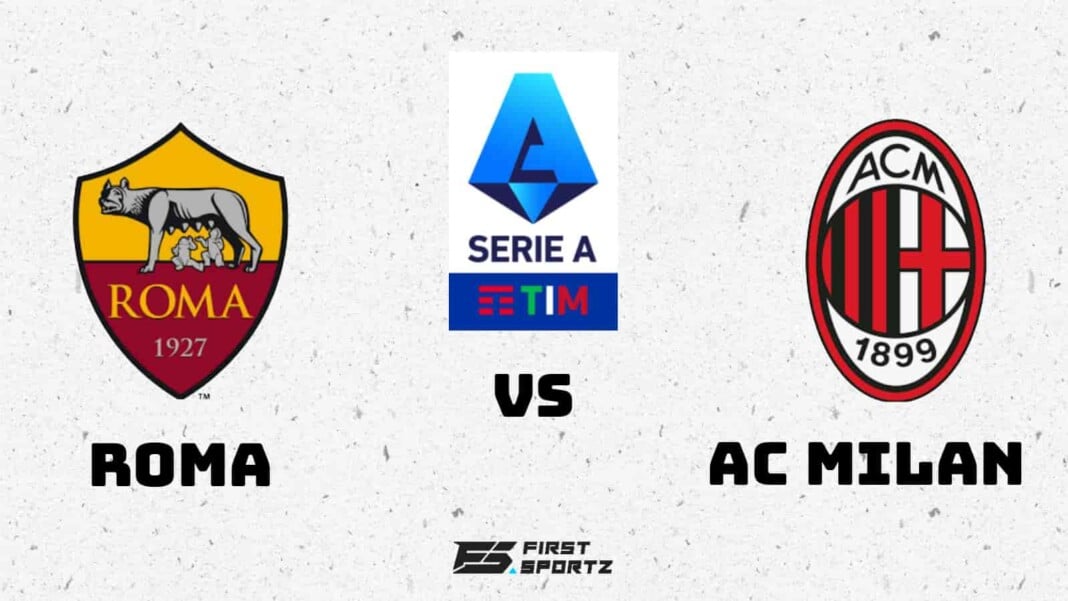 Matchweek 11 in the Serie A sees AS roma go head to head against AC Milan at the Olimpico Stadium on Sunday 31st October. Ahead of the game here is our AS Roma vs AC Milan live stream, preview and prediction details.

AS Roma vs AC Milan: Preview

AS Roma recorded a 2-1 win away from home against Cagliari in their last game. Cagliari had the best chance of the first half as Bellanova hit the crossbar in the opening exchanges of the game. Cagliari broke the deadlock early in the second half with Loenardo Pavoletti scoring from 3 yards out after a cross which came off Bellanova.

Roma had much of the ball after going 1-0 down and created the better chances hitting the post twice before finally drawing level after Ibanez’s header went in off the post following a corner in the 71st minute. Just seven minutes later Roma captain Lorenzo Pellegrini came up clutch for his side and scored a sublime freekick giving the Cagliari keeper no chance.

AC Milan earned a 1-0 win at home against Torino in their last game. Oliver Giroud scored the only goal of the game early in the first half which proved to be the winner in the end. Stefano Pioli’s side mean business this Serie A campaign as they’re unbeaten in the league after ten games played with level on points with Napoli at the top with 28 points.

AS Roma vs AC Milan: Venue

AS Roma will host AC Milan at the Olimpico Stadium in Rome, Italy. AS Roma share this stadium with Lazio. It is a UEFA category four stadium the highest ranking given to a stadium and has a total capacity of 70,634 seats.

AS Roma vs AC Milan: Prediction

Jose Mourinho’s Roma have lost some ground in the title race in the last couple of matches but were back to winning ways against Cagliari after a 2-1 comeback win. Milan on the other hand just look well organised in all parts of the pitch and look set for their sixth straight win in Serie A when they face Roma. Hence we predict a win for Milan in this game.