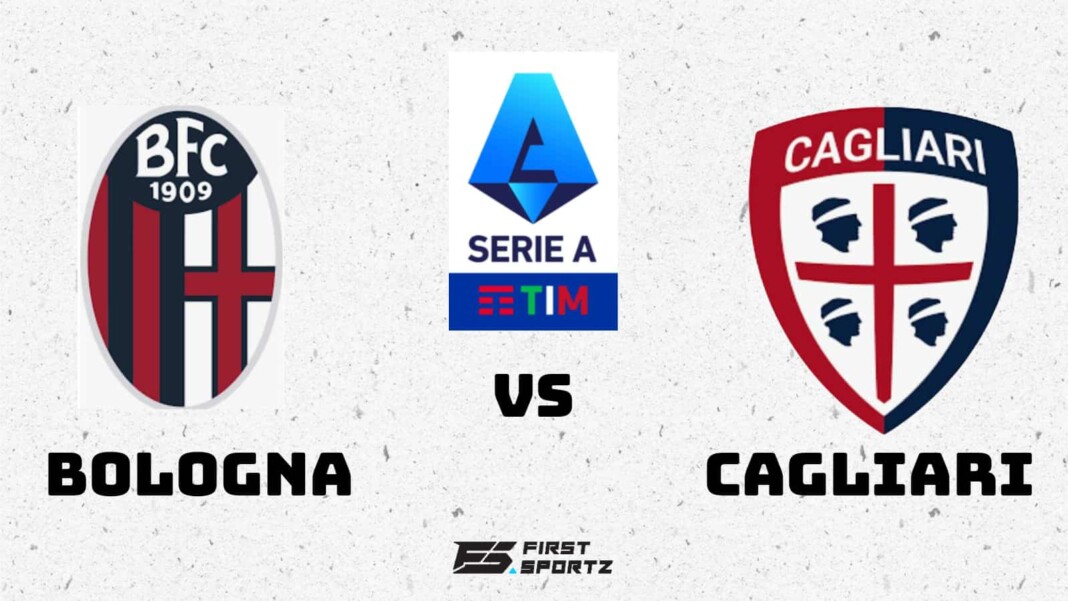 Matchweek 11 in the Serie A sees Bologna go head to head against Cagliari at the Renato Dall’Ara Stadium on Monday 1st October. Ahead of the game here is our Bologna vs Cagliari live stream, preview and prediction details.

Bologna were outplayed by leaders Napoli in their last game losing 3-0 away from home. Two penalties from captain Lorenzo Insigne one in each half and a wonderful striker from Fabian Ruiz was enough to hand Bologna their second straight loss. Sinisa Mihajlovic’s men find themselves 13th place with 12 points from the first 10 games.

Cagliari were narrowly beaten 2-1 by Roma in their last game. First half was a cagey affair however the best chance falling to the Cagliari youngster Bellanova who saw his shot hit the post early in the first half. The home side broke the deadlock early in the second half with Loenardo Pavoletti scoring from 3 yards out after a cross which came off Bellanova.

Roma had much of the ball after going 1-0 down and created the better chances hitting the post twice before finally drawing level after Ibanez’s header went in off the post following a corner in the 71st minute. Just seven minutes later Roma captain Lorenzo Pellegrini came up clutch for his side and scored a sublime freekick giving the Cagliari keeper no chance. Cagliari are sitting bottom of Serie A with just 6 points from their opening ten games.

Bologna will host Cagliari at the Renato Dall’Ara Stadium in Bologna, Italy. It has been the home of Bologna FC since 1927 and has been named after the former president Renato Dall’Ara. It has a total capacity of 31,070 seats.

Bologna never had a chance to get a foothold in the game against Napoli and the leaders just dictated the game all by themselves. Cagliari on the other hand were unfortunate to lose to Roma after a brilliant freekick from Pellegrini which proved to be the winner. However we feel both sides will want to get back to winning ways and this will be an interesting matchup. However we predict the home side to come out on top and get all three points.