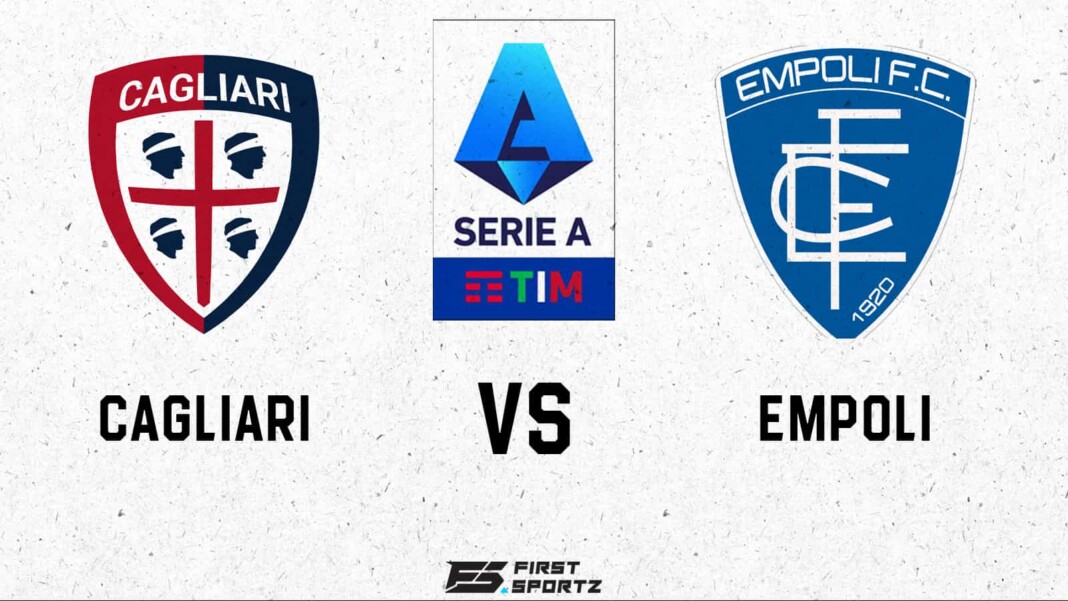 Serie A returns for midweek action as Cagliari take on Empoli at the Sardegna Arena in gameweek 5 on Wednesday 22st September. Ahead of the game we take a look at the Cagliari vs Empoli live stream, preview and prediction details.

Cagliari are yet to claim their first win of the season after four games having losses against AC Milan and Genoa and draw against Spezia and Lazio. They find themselves in 19th place with just two points from the possible 12.

Despite enduring a difficult start to the new campaign, Cagliari can be pleased with the hard-fought 2-2 draw away at Lazio last weekend. Lazio captain Ciro Immobile gave his side the in the first half but Joao Pedro’s header early in the second half canceled his strike.

It was Keita Balde who gave Cagliari the lead against his former club but despite their best efforts they were not able to hold on to their lead when Danilo Cataldi scored from the edge of the box the share a point each on the night. It was not the ideal start for new boss Walter Mazzarri against Lazio, who took over after the Leonardo Semplici was sacked last week after back to back losses.

The visitors, Serie B champions Empoli suffered their third defeat of the season at the hands of Sampdoria in the last game thanks to a brace from Francesco Caputo scoring at both ends of the pitch and a 70th minute strike from Antonio Candreva. The newly promoted side has find it difficult to hit the ground running in the top flight and their only victory surprisingly came in a 1-0 win against Juventus last month.

Cagliari will host Empoli at the Sardegna Arena in Cagliari Sardinia, Italy. It has a total capacity of 16,416 seats. It is the temporary home ground since the 2017/18 season as the Stadio Sant’Elia is under construction and will be completed by the end of 2021.

Both sides will be keen to put together a good run of form in the coming weeks and will view Wednesday’s fixture as a good opportunity to claim all three points. However, with little to separate the two teams struggling in and around the relegation zone there is a much higher chance to the spoils to be shared when they meet on Wednesday. Therefore we predict a draw in this game.