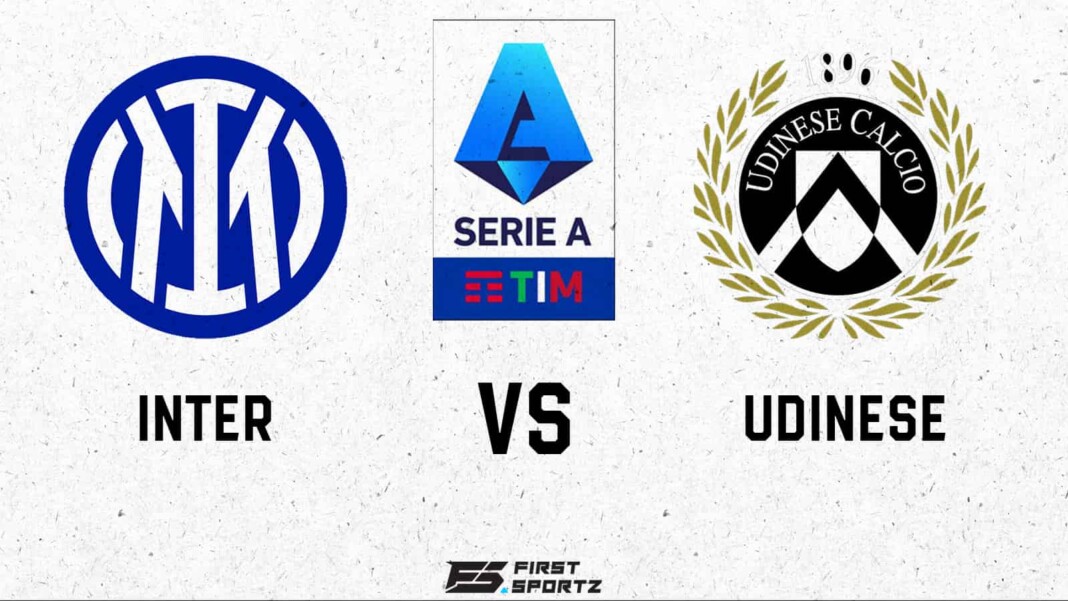 Matchweek 11 in the Serie A sees Inter Milan go head to head against Udinese at the San Siro on Sunday 31st October. Ahead of the game here is our Inter vs Udinese live stream, preview and prediction details.

Inter were back to winning ways in the league after a 2-0 away win against Empoli. Empoli started the game brightly forcing a save or two from Handanovic. However it was Inter who broke the deadlock after coming close a few times as defender D’Ambrosio starting and finishing the move as he scored a delicate header after a delightful cross by Alexis Sanchez. Empoli saw Ricci sent off after a heavy tackle of Nicolo Barella. Inter were denied a second goal after a spectacular save by Vicario following a close range header by Lautaro Martinez. However the striker later set up Dimarco as he tapped in from close range and sealed the victory of his side.

Udinese were held to a 1-1 draw by Hellas Verona at home. Isaac Success scored as early in the third minute of the match to give Udinese the lead. However Hellas Verona were awarded a penalty after Rodrigo Becao fouled Antonin Barak as the striker stepped up and successfully converted from the spot in the 83rd minute to make sure the spoils are shared.

Inter will host Udinese at the San Siro Stadium in Milan, Italy. It is also known as Giuseppe Meazza Stadium and Inter share this stadium with their city rivals AC Milan. It has a total capacity of 80,018 seats and it is one of the oldest and largest stadium in Europe.

Inzaghi’s men recorded their first league win in three games after a loss and a draw against Lazio and Juventus respectively. Inter were impressive in their win against Empoli and will hope for more of the same when they face Udinese. Inter also have a midweek Champions League tie against Sheriff. Hence we predict a win for Inter in game.