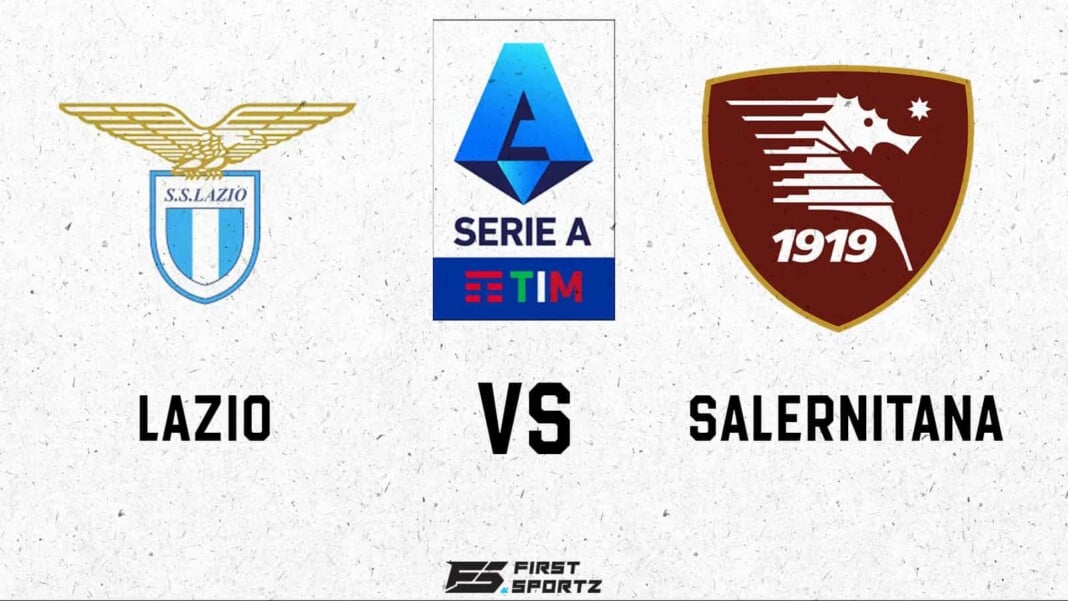 Lazio go head to head against Salernitana in matchday 12 of Serie A on Sunday 7th November. Ahead of the game here is our Lazio vs Salernitana live stream, preview and prediction details.

Lazio were held to a 2-2 draw against Atalanta in their last game. Pedro opened the scoring in the 18th minute of the game as he placed his shot into the bottom left corner. However Zapata levelled the game on the stroke of halftime. Lazio talisman Ciro Immobile scored with just 15 minutes left to play. It was his 9th goal of the season in 11 matches so far. However Marten De Roon had the final say as he scored deep in stoppage time to make sure that Lazio only take a point from the game.

Salernitana were narrowly beaten by leaders Napoli. It was a game where the side from Naples were clear favourites to win the game comfortably. However that was not the case as the newly promoted side held Napoli at 0-0 going into halftime. However Spaletti’s men did find a breakthrough as Piotr Zielinski scored just after the hour mark. There were several red cards as Salernitana’s Grigoris Kastanos and Napoli’s Koulibaly were sent off.

Lazio will host Salernitana at the famous Stadio Olimpico in the city of Rome. This stadium is shared by the two city rivals Roma and Lazio, and has a total capacity of 70,634 seats. It is also used by the Italy National team for selected matches.

Lazio played out a 2-2 draw against Marseille in their midweek Europa League fixture. And Sarri’s men should have no difficulties in seeing a Salernitana side who have not been able to find some momentum in Serie A. But after their performance against Napoli Salernitana are to be taken seriously. However we still predict a win for Lazio in this game despite Salernitana’s recent performance against the leaders.