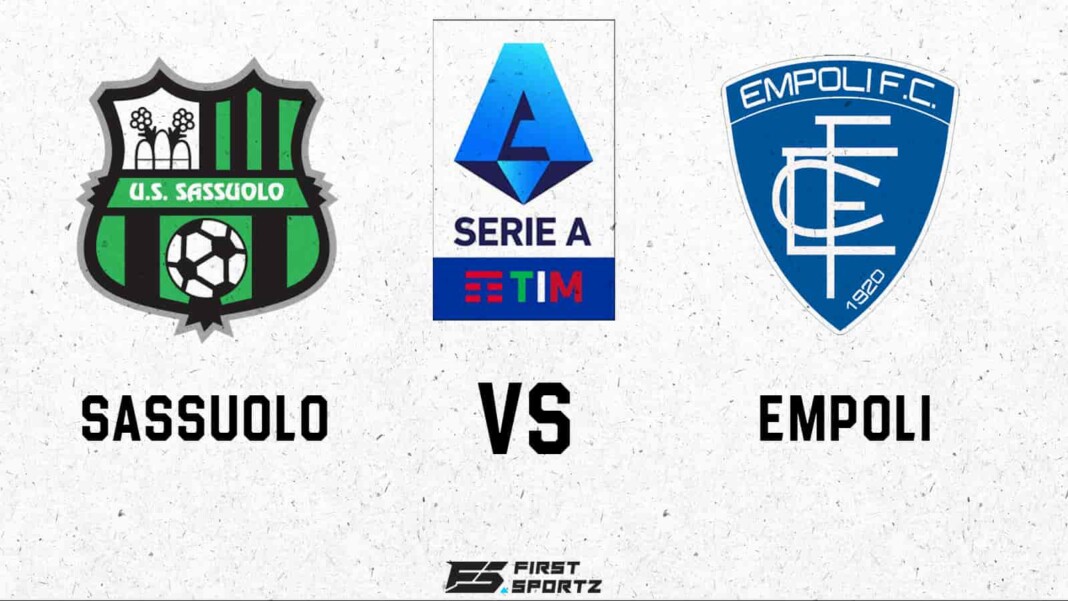 Matchweek 11 in the Serie A sees Sassuolo go head to head against Empoli at the Mapei Stadium on Sunday 31st October. Ahead of the game here is our Sassuolo vs Empoli live stream, preview and prediction details.

Sassuolo are coming off a huge 2-1 win against Juventus in their last game away from home. Davide Frattesi scored just before halftime to give his side a precious 1-0 lead at halftime. Juventus pulled level through Weston Mckennie however Sassuolo had the last say as Maxime Lopez scored the winner in the 95th minute. It was Sassuolo’s first ever win at the Allianz Stadium.

Empoli were beaten 2-0 by Inter at home in their last game. Goals from D’Ambrosio and Dimarco were enough to hand Empoli their third loss in the last five games. Andreazzoli’s side are 11th in the table with 12 points.

Sassuolo will host Empoli at the Mapei Stadium in Reggio Emilia, Italy. Sassuolo share this ground with Serie B side A.C Reggiana. It has a total capacity of 21,584 seats.

Sassuolo were brilliant against Juventus as they hung in there and finally nicked a winner. On the other Empoli were outplayed by Inter. Both sides have had a somewhat mixed start to the season. Hence we predict a draw in this game.