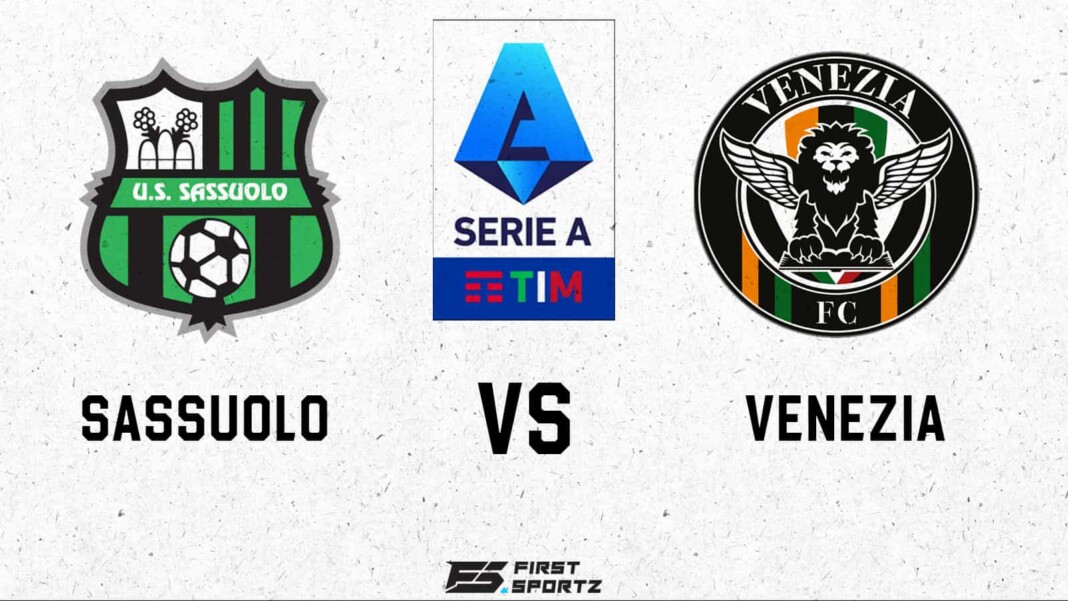 It’s matchday 9 in Serie A as Sassuolo take on Venezia at the Mapei stadium on Saturday 23rd October. Both teams are level on 8 points coming into this game. Ahead of the game here is our Sassuolo vs Venezia live stream, preview and prediction details.

Sassuolo were held to a 2-2 draw against Genoa in their last game. Gianluca Scamacca scored 2 goals in the first 20 minutes of the game. However Mattia Destro pulled one back for his side just minutes later. Sassuolo had a 2-1 lead going into halftime. Alessio Dionisi’s side were unable to take their chances in the second half to put the game to bed and as a result Genoa drew level Johan Vazquez in the 89th minute making sure the points are shared.

Venezia pulled off an amazing 1-0 win against Fiorentina in their last game. It was their first home win of the season. The newly promoted side were clearly the underdogs coming into this game. However a first half goal from Mattia Aramu after a great passage of play by Busio and Thomas Henry proved to be the winner. Fiorentina had a total of ten shots but only managed two of those on target. It was great overall performance by Paolo Zanetti’s side.

Sassuolo will host Venezia at the Mapei Stadium in Reggio Emilia, Italy. Sassuolo share this ground with Serie B side A.C Reggiana. It has a total capacity of 21,584 seats.

Sassuolo were wasteful in front of goal and could have easily secured all three points against Genoa last time out. On the other hand Venezia have pulled off the best result so far of their Serie A season against a tough Fiorentina side. It will be an interesting matchup as both sides will surely look for all three points at the weekend. However we predict a draw in this game.