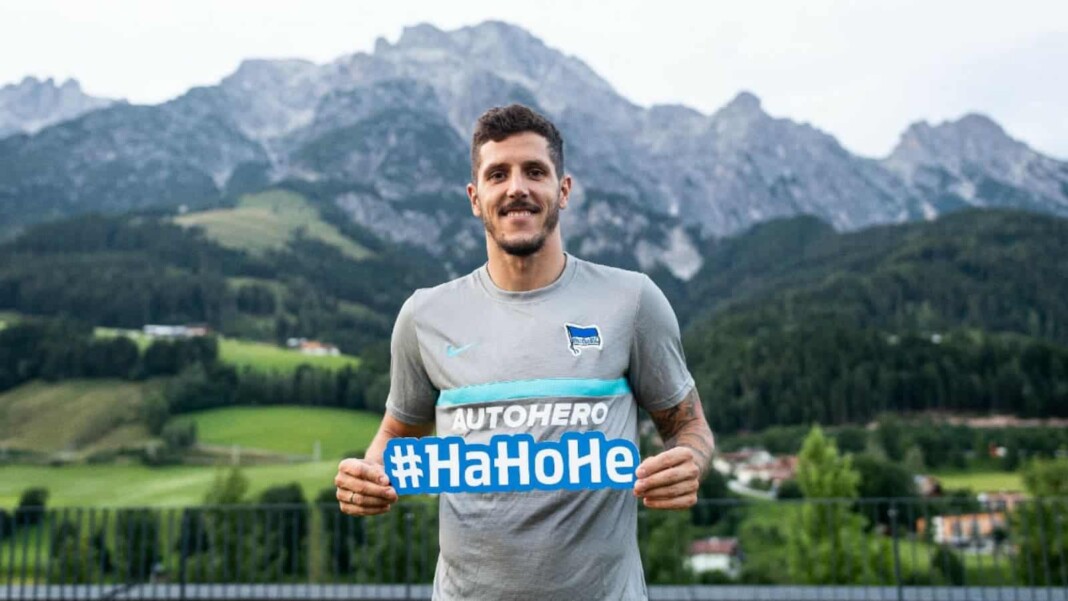 Hertha Berlin have announced the signing of former AS Monaco winger and attacking midfielder Stevan Jovetic on a free transfer. The 31-year old’s previous contract with AS Monaco ended this summer and he was a free agent.

Jovetic is the Bundesliga club’s sixth signing of the summer after they had secured deals for the likes of Kevin Prince Boateng and Suat Serder earlier in the transfer window.

Stevan Jovetic, who is a Montenegro international started his club career at Serbian club FK Partizan, where he won the double of Serbian Superliga and Serbian Cup in 2008. The experienced player has been around for a long time in Europe and has played for a number of big clubs including Manchester City, Inter Milan, Sevilla and AS Monaco which was his last club.

He brings with him a lot of European experience as well to Hertha Berlin as he played in the Champions and the Europa Leagues and also has 31 goals for his national side- Montenegro in 61 games.

In all, the player who can play as a winger and as an attacking midfielder has scored a total of 109 goals in his club career over 310 appearances in a career which had started way back in 2008. The midfielder was very excited about joining the club and to play in the Bundesliga which would be his first time this summer.

Jovetic after joining Hertha Berlin said, “I had very good conversations with those in charge at Hertha, especially Fredi Bobic, and was eager to get involved in Berlin from the very first minute. I’m really looking forward to the club, the city, my new teammates and the Bundesliga itself.”