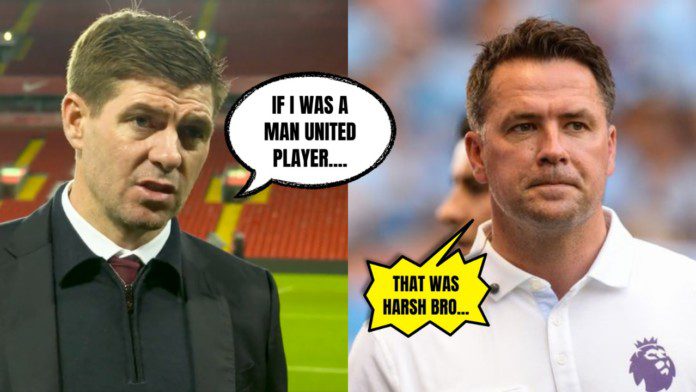 Steven Gerrard’s return to Anfield as the coach of Aston Villa on Match-day 16 of the ongoing Premier League season was marred by a bitter 1-0 defeat at the hands of his former club Liverpool FC. Despite losing, it was a special moment for Liverpool’s ex-captain as he was returning to the stadium that gave him after 6 years of retiring from football.

Aston Villa might have lost the match but they fought toe to toe with the mighty Reds which in itself is a brilliant corroboration of how good a manager Steve Gerrard truly is. The match ended up being so close that it was decided by the solo penalty that was converted effortlessly by Mohamed Salah very late in the game. The former midfielder turned manager is being projected as the future manager of Liverpool and if he keeps on delivering such top notch performances, we must admit that the future of the Reds is in the right hands.

However, what made the headlines after the match was a particular comment by the Aston Villa manager that infuriated the Manchester United fans.

During a post match conversation with Premier League panelists, Steven Gerrard has a little banter with his former teammate Michael Owen. The 2001 Ballon d’Or winner asked the Aston Villa manager as to how hard it was to return to Anfield as the opposition manager.

“We all know how hard it is to return to Anfield to face Liverpool”, asked Michael Owen to which Gerrard gave a reply taunting Manchester United.

“If I played for Man United I’d hate coming back here too,” the former Liverpool captain said and the entire panel of experts burst out in laughter.

In this statement, Steven Gerrard referred to the poor record that the Red Devils have at Anfield.