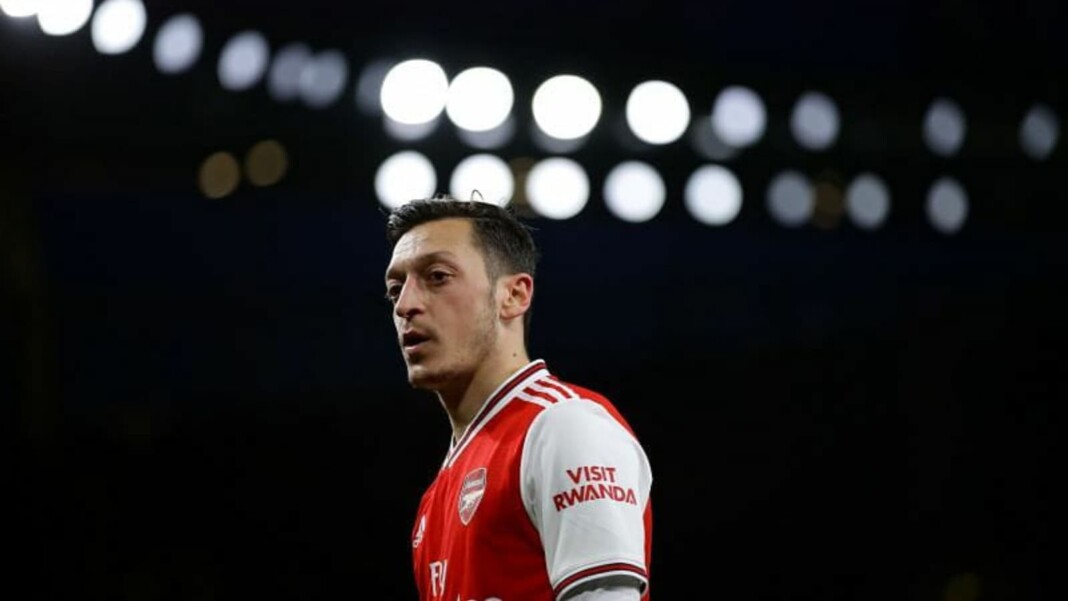 Mesut Ozil is largely considered as one of the most talented footballers of the recent era. During his prime, the attacking midfielder won several individual and team awards while providing as a creative outlet for the attackers.

For Germany, he won the 2014 World Cup, and he also led the league in assists in both La Liga and the Premier League. Ozil’s later situations at Arsenal, on the other hand, were hampering his playing ability and brought his career to a premature conclusion with regard to top flight football.

During his last season, he was left out of Arsenal’s Premier League and Europa League squads. Mikel Arteta, the Arsenal manager, had spoken very little publicly about the situation. Many thought that his removal was linked to his advocacy against China’s brutal treatment of Uyghur Muslims, while others suspected that his refusal of a 12.5 percent pay reduction on his $350000 weekly income during the COVID-19 epidemic enraged the club’s finance board. It’s crucial to note, though, that Mesut Ozil’s fall from grace was years in the making.

The bumps in Mesut Ozil’s road at Arsenal

The troubles of Mesut Ozil in London began early in the 2018-19 League Campaign. He struggled from back and knee issues, after being chosen one of the club’s captains, which caused a drop in his form. Furthermore, he was often left out of the matchday squad by then-manager Unai Emery, prompting many to assume that he would leave in the January transfer window. However, no offer for the German came through, and Ozil’s relationship with Emery deteriorated further. His role in the squad shifted from that of a leader on the field to that of a supporting player.

After Arsenal’s disappointing season, Ozil expressed his displeasure with Emery in front of the team. Fans once again believed that he would quit the club after his spat with the coach, but he persisted in fighting for his position in the squad. After becoming the target of an alleged robbery before the start of the 2019-20 season, he was granted a sabbatical before playing any games. Rather than addressing Ozil’s evident problem, Emery proceeded to keep him out of the match squad long after the incident.

Ozil’s political stance: Was it the final blow?

In December 2019, Ozil came out against China’s mistreatment of Uyghur Muslims, condemning other Muslim nations for being silent on the subject. Arsenal, which has a sizable Chinese fanbase, dissociated themselves from his remark, stating, “The content published is Ozil’s personal opinion, [and] Arsenal has always adhered to the principle of not involving itself in politics.” Arsenal started to lose revenue, with Chinese broadcasters banning Arsenal matches and merchandise. Since the outbreak in March 2020, Ozil never made a single significant appearance for Arsenal.

Ozil’s Turkish origins (his grandparents immigrated from Turkey to Germany) and deep affection for Fenerbahce ultimately won the day, with Arsenal agreeing to cover the bulk of the £7 million owing over the duration of his agreement. Ozil currently plays for Fenerbahce where he has three goals in 20 matches.