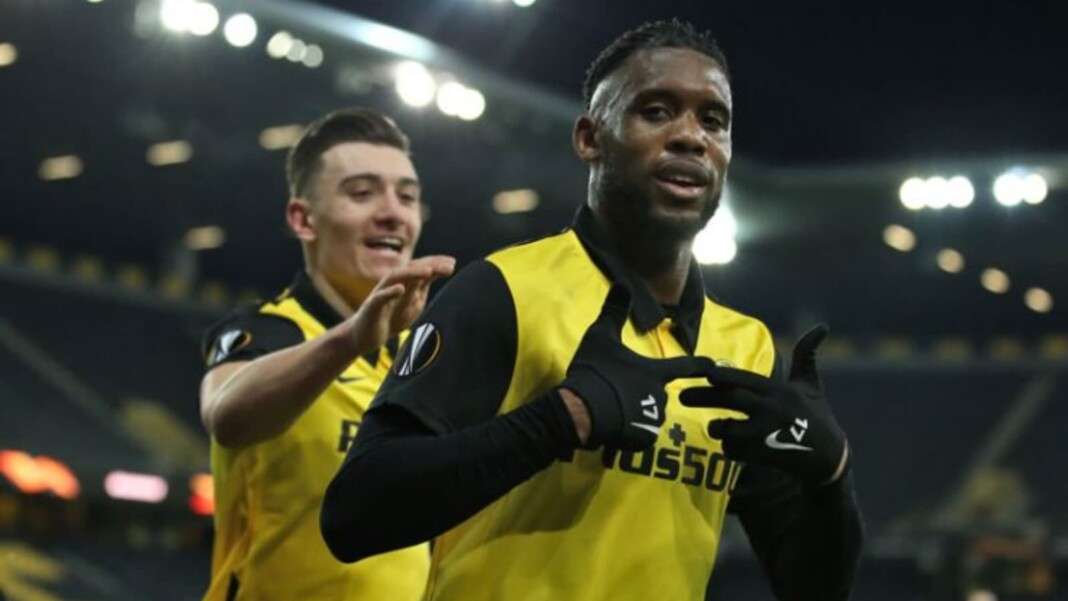 Theoson-Jordan Siebatcheu Pefok was born on 26th April 1996 in Washington D.C, United States. Today we take a look at the Young Boys attacker Siebatcheu’s Net worth Salary and more.

Siebatcheu started playing football at the age of 7 at Reims and made his Ligue 1 debut in January 2015, however he had to wait until August 2015 for his first Ligue 1 goal against Bordeaux, and was rewarded with a three year deal by Reims in September 2015. In the three seasons for Reims Siebatcheu made 69 appearances and scoring 20 goals.

The attacker then moved to another Ligue 1 outfit Rennes in 2018. He made his European debut on 20th September in the UEFA Europa League. On 8th November he registered his first European goal scoring against Dynamo Kyiv. He also won the 2018/19 Coupe de France with Rennes.

In September of 2020, Swiss side Young Boys signed Siebatcheu on loan and then exercised the buy option to make the move permanent after his impressive 2020/21 season in which he scored 15 goals and recorded four assists in all competitions also won the Swiss Super League. He was the hero in his side’s 2-1 win against Manchester United in the Champions League when he scored the winner in the dying moments of the game.

Siebatcheu was born in Washington D.C to Cameroonian parents and grew up in France, therefore was eligible to play for all three nations. However he started his international career with France National U-21 team for friendlies against Albania U-21 and Cameroon U-21. But earlier this year in March Siebatcheu announced that he has committed to play for the United States. He made his USMNT debut on March 25th 2021 in a 4-1 friendly win over Jamaica. He was the hero in CONCACAF Nations League final when he scored the winner in the 89th minute against Honduras and went on to win the CONCACAF Nations League 2019/20.

Siebatcheu’s estimated net worth is around $3-5 million. He reportedly earns a salary of £20,000 per week.

Siebatcheu has a sponsorship deal with Adidas for a couple of years now and after his winning goal against Manchester United the brand will look to make him a part of the promotion advertisements.

Siebatcheu wears his mom’s name which is ‘Pefok’ on his jersey and she is from Cameroon and also has a sister, however there is no relevant information available about his father.

Siebatcheu is single and does not have any relationship with anyone at the moment.

Siebatcheu owns a Mercedes and Audi. He also owns an apartment in Bern,Switzerland. He also has houses in Rennes, France and the United States.