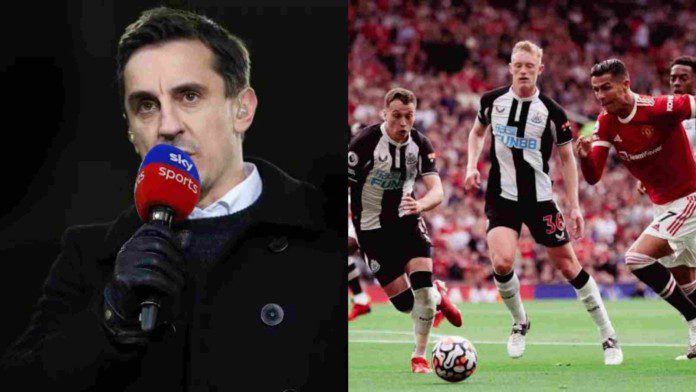 Manchester United has yet again come in with another disappointing performance in their recent clash against Newcastle United in the Premier League after the Reds somehow managed to secure a 1-1 at the St James Park Stadium with the help of Edinson Cavani in the 71st minute.

Former Manchester United player and Captain Gary Neville has been absolutely furious in Sky Sports talk show after Manchester United’s half-hearted display of football on Monday night, as he even went to the lengths of calling the players a bunch of “Whingebags” on the field.

“I have to say Marcus Rashford, Mason Greenwood, Bruno Fernandes and Cristiano Ronaldo were nowhere near good enough without the ball.”

Gary Neville is not happy how the Man United players have been failing matchdays after matchdays to keep up with their performance while on the other side teams like Manchester City has been playing sensational as their players keep up on putting up a show for their fans, he says, “There is no excuse for United players to not do it.”

Manchester United will be taking on Burnley on the very last day of the year it will be exciting to see if Ralf Ragnick finishes the calendar year with a win and help the Reds to move up further in the points table. 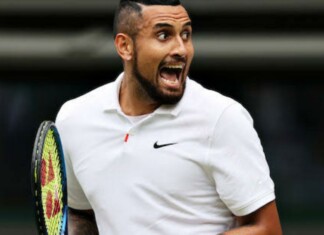 Sarthak Shitole - January 18, 2022
Currently ranked 115th in the world, Nick Kyrgios returns to Grand Slam action for the first time since his appearance at the 2021 Wimbledon...