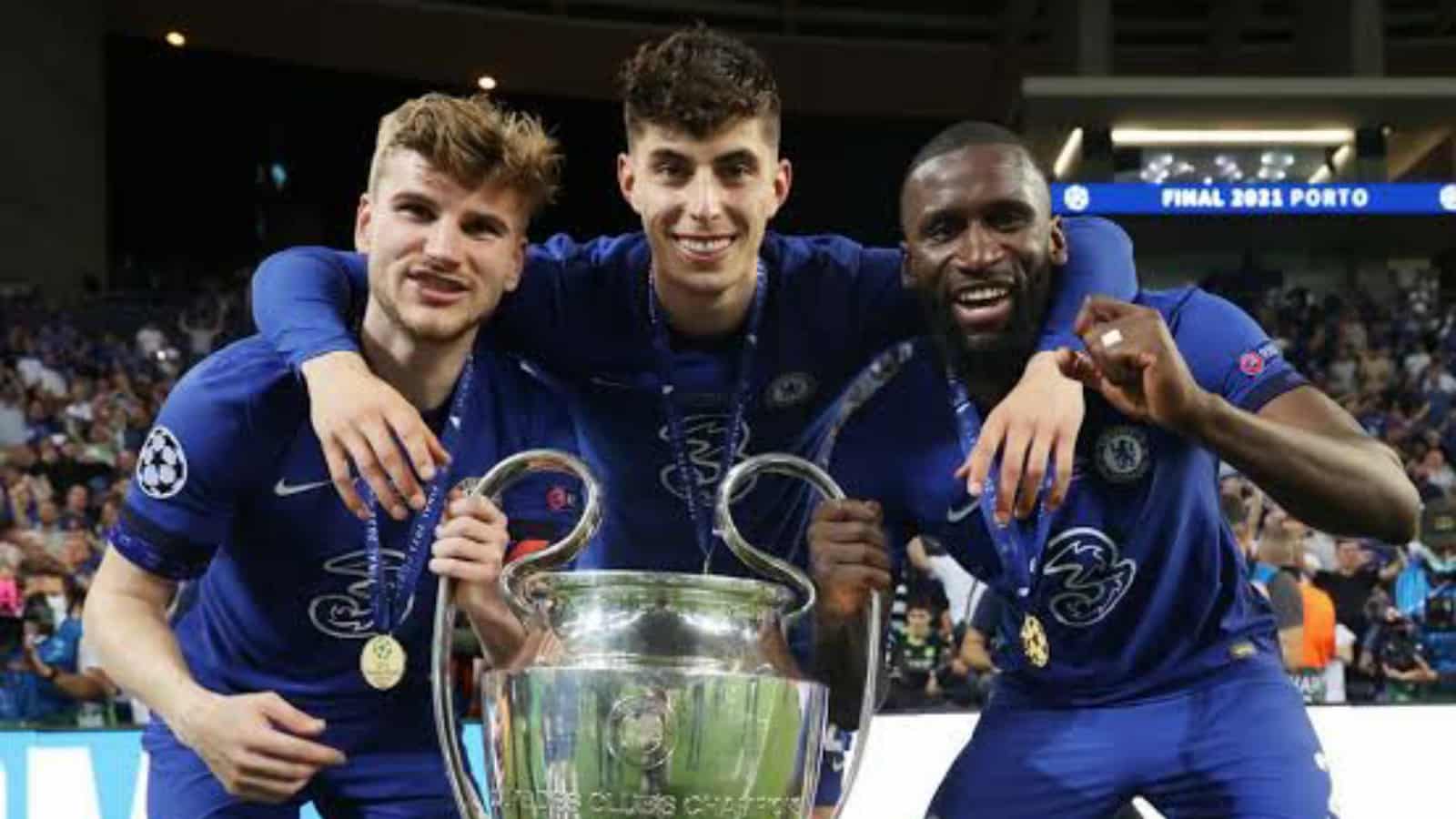 Timo Werner is possibly open to leave Chelsea this summer, as the Blues pursue a new top class front man for the upcoming season.

Chelsea are yet to sign a first team player for the coming season but manager Thomas Tuchel has made it clear that he would like better reinforcements before the season kicks off next month.

Werner had only joined Chelsea last summer, with the Blues beating Liverpool and Bayern Munich to his signature as Timo decided not to wait until 2021 to leave RB Leipzig, with Chelsea offering a better contract and higher release sum for him at that time.

However, the 25-year-old German forward found his first season in the Premier League tough going, as he managed a mere six goals in 35 League appearances.

However, Timo fared a bit better in the Champions League, notching four in 12 games as Chelsea went on to win the competition, but was more often than ever criticized of not playing up to the mark and missing sitters.

With Chelsea after a new number nine for the next season and Erling Haaland and Robert Lewandowksi coming up as the two certifiably enormous names whom Chelsea are interested in, Werner’s days in Stamford Bridge is possibly limited.

The lack of goals from forwards is something manager Thomas Tuchel will no doubt be wanting to fix as soon as possible, Werner could find himself slipping out of the picture for Tuchel’s plans for the upcoming season.

“We need more goals and we rely on anybody and we want to trust anybody who is capable of scoring,” Tuchel had said last April, clearly disappointed with his strikers’ lack of goals.

“Our top scorers have six goals. This is clearly not enough for the demands, the expectations and the targets Chelsea football club has and what we demand.”

With Olivier Giroud already having secured a move to AC Milan, it indicates a new striker is highly likely to be on Chelsea’s priority wishlist ahead of the upcoming season, with both Tammy Abraham and Timo Werner failing to impress with their performances.

Chelsea have Borussia Dortmund striker Erling Haaland in their fore sights, along with Romelu Lukaku and Antoine Griezmann. Chelsea is also reportedly in contact with Robert Lewandowski’s agent Pini Zahavi to lure him yo Stamford Bridge. The Polish striker has two years left in his contract with Bayern Munich but could leave early with a fresh opportunity to play and prove himself in the Premier League.

Werner knows that his chances would become even more limited should a big name forward arrive, as he keeps his chances of moving to another club open, possibly back to the Bundesliga, with Bayern Munich showing interest if chances of Lewandowski leaving becomes equally likely.

Juventus and Paris Saint-Germain are also monitoring the Werner’s current situation but Werner would possibly want a return to Germany if he is to leave Chelsea.