The stars are the ones who always make the news. The players who score hat-tricks or match-winning goals at the final minute are the heroes of the sport and they all aim to win the Golden Boot at Euro 2020.

The much-anticipated UEFA Euro 2020 is scheduled to begin in less than a week, after being postponed for a whole calendar year. The last 15 seasons of one of football’s most important international tournaments have produced some amazing moments, and Euro 2020 is likely to bring much of the same.

Current Euro 2020 prediction estimates have Belgium, England, and France as the contenders to win the title in July, and the competition’s top scorer will almost certainly come from a country that goes deep in the tournament. On that note let’s take a peek at the top three contenders for the golden boot in the EURO 2020.

Belgium’s national team’s Golden Generation is still rated at the top in the globe, but they are yet to win a World Cup or European title. They came close to winning the 2018 World Cup, coming third, but head coach Roberto Martinez is aware that time is running out for this group of world-beaters.

The Red Devils have one of the world’s most dangerous attackers, Romelu Lukaku in their inventory. With 57 goals from 89 games, he is the nation’s all-time leading scorer, and at only 27 years old, the strong striker still has a long way to go.

The Belgian forward is coming off a campaign in which he scored 24 goals in 36 appearances for Inter Milan in Serie A. Inter defeated Juventus and won the Serie A title for the first time in 11 years thanks to Lukaku’s contributions. Lukaku has scored 1.56 goals per 90 minutes in the European qualifications so far, and he appears poised to keep his golden streak going at Euro 2020.

This might be Cristiano Ronaldo‘s final European Championship contest. The Juventus attacker is 36 years old, but he will be hoping to lead Portugal to a second consecutive victory after winning in 2016.

Ronaldo, the five-time Ballon d’Or winner, is still one of the top finishers of our time, despite his age. He is the first player to have won the golden boot in three separate seasons, having scored 29 goals in Serie A. Every competition for CR7 has been a record-breaker, and this one is no exception. The Portugal veteran has already scored 102 goals for his nation, but he isn’t done yet; this time around, he will be aiming to win both the Euros and the Golden Boot.

Lewandowski would have won the Ballon d’Or if the event hadn’t been scrapped in 2020. The Bayern Munich and Poland striker was brutal throughout the calendar year, scoring 48 goals in 40 games for the club, shattering Gerd Muller’s Bundesliga record, and has since proceeded to smash everything in his way.

Poland isn’t one of the contenders to win the Euros, which may weigh against Lewandowski’s chances of winning individual awards – but doubt him at your cost as he will be vying for the hardcore prize at the mega event. The 32-year-old is one of this generation’s most lethal forwards, and he’ll be eager to make his presence felt and help Poland win the title while also claiming the golden boot.

Also Read: Portugal vs Israel- Bruno Fernandes and Cristiano Ronaldo score to give 2 goal lead at half time 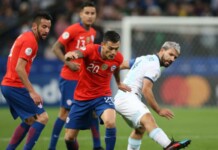