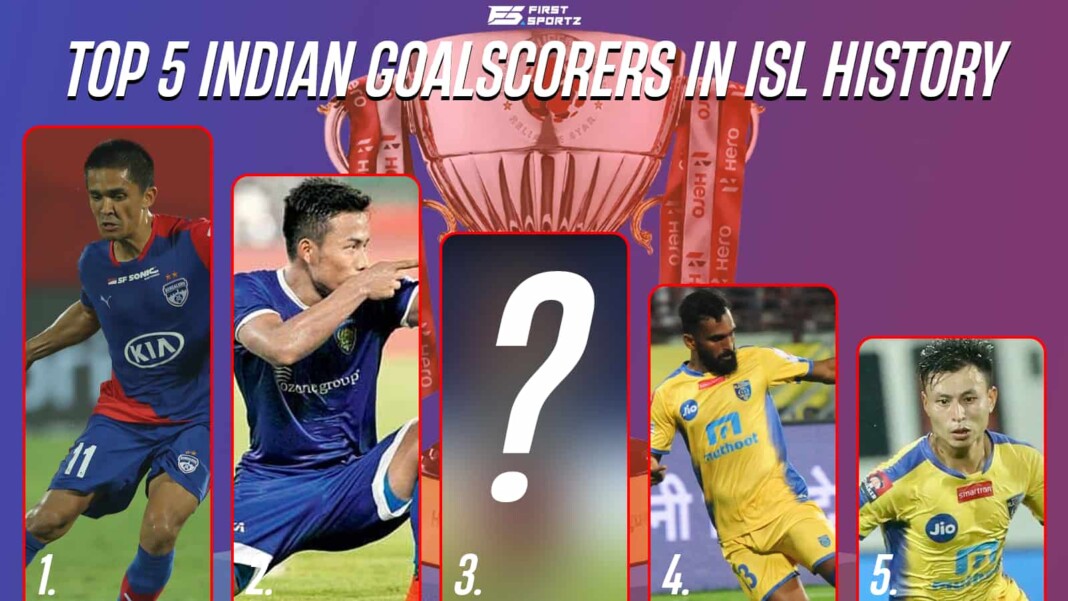 The Indian football festival is all set to start from 19th November. ATK Mohun Bagan are set to lock their horns with Kerala Blasters in the first game of the Indian Super League 2021/22 season. The tournament has taken Indian football ahead in multiple dimensions. So, it becomes how the football landscape has changed in recent times. Ahead of the ISL 2021/22, we shall look at the Top 5 Indian goalscorers in the ISL history.

As we all know, it is the foreign marksman that has made difference in the recent times in the Indian Super League. Between winning and losing the title, it is the foreign striker that makes a huge difference. In the recent past, all the Golden Boot winners have been the foreigners. May it be MIku in 2018/19 who guided Bengaluru FC to the ISL title or Ferran Corominas leading FC Goa to the AFC Champions League. Despite the dominance of the foreign talismanic strikers, Indian players have made the league of their own. They have etched their names in the history of the ISL.

In this article, we shall look at the top five Indian goalscorers in ISL history.

The talismanic Bengaluru FC striker stands on top of the list of top five Indian goalscorers. He has scored 47 goals and is on the verge of becoming the first-ever Indian to score 50 goals in the Indian Super League. Before becoming the icon of Bengaluru FC, he was part of Mmmbai City FC. Also, he has played 94 games in ISL and will complete the century of games if there is no serious injury concern.

Once the superstar and touted as the replacement for Sunil Chettri, Jeje Lalpekhlua has faded away in recent times. Despite a lack of games and contract, the player stands second in the list of goals scored by Indian players. He has 25 goals to his name with 77 games. Jeje has featured for two teams, i.e, SC East Bengal and Chennaiyin FC. However, he is a free agent at the moment.

The rising star in the Indian football circuit, Lallianzuala Chhangte has raked up a number of games under his belt. He has 19 goals to his name and is looking to eclipse the record of Jeje.

CK Vineeth is one of the few players in the Indian football circuit to have played for multiple  clubs. He was once the popular face of Bengaluru FC in I-League and was part of the side that went onto play the AFC Cup finals under Albert Roca. He is the fourth highest goalscorer in ISL history with 13 goals from 92 games.

A midfielder on the rise who is making noise in the Indian football circuit, Jackichand Singh is the fifth in the list of top 5 Indian goalscorers in ISL history. He has 13 goals from 60 games. He has played for five different franchises. The list includes Kerala Blasters, Mumbai City FC, FC Pune City, FC Goa and Jamshedpur FC.

Here is the list of top 5 Indian goalscorers in ISL history:

Also Read: “We might have unleashed the Wolf”: Stephen A Smith Expects Aaron Rodgers to be even more dangerous on his return