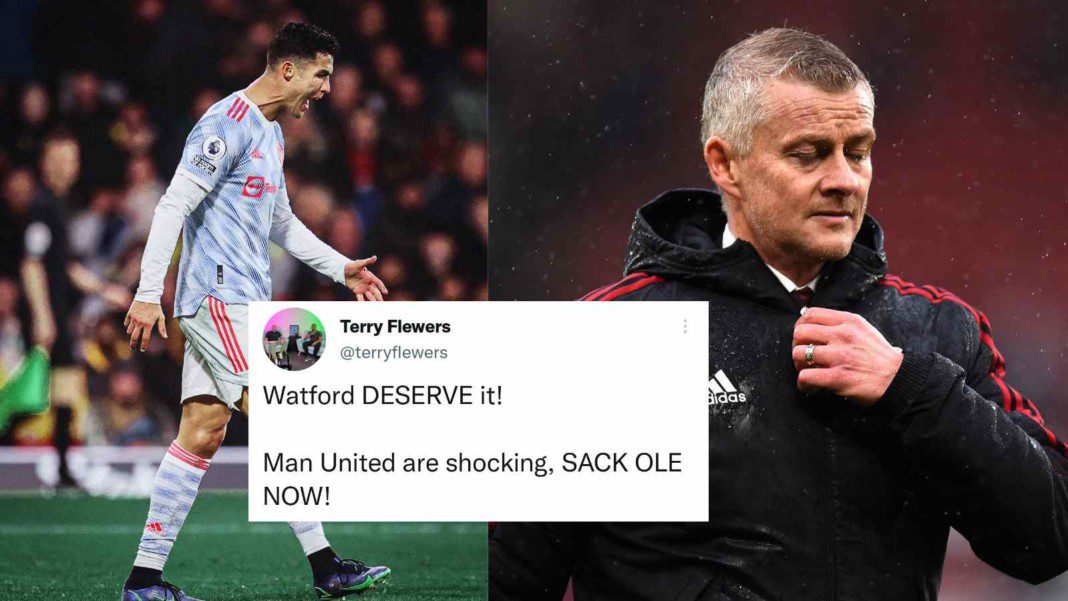 Manchester United has yet again made their names to the headlines this weekend as they suffer another humiliating loss in the Premier League. Watford secured the match in their favour comfortably with a 4-1 scoreline as Joshua King, Ismaila Sarr, João Pedro and Emmanuel Bonaventure makes themselves known in the scoresheet.

Ole Gunnar Solskjaer promised the Man United fans a new change in tactics but yet again delivers another disappointment. The fan base of the Red Devils have now lost all their patience as they demand the dismissal of Solskjaer and again the #OleOutNow has gone trending in the twitter.

Let’s take a look at some of the reactions in twitter:

Ismaila Sarr was denied twice by David de Gea at the early minutes of the game as the Spaniard came in with two early saves to keep the Red Devil in the game. But little did it matter as Manchester United was found trailing by two goals at the end of the first half.

Donny Van de Beek, the young Dutch midfielder came in at the second half and delivered a goal just few minutes after to bring back hope. A draw was still on the table for Manchester United but everything seemed to go blur after the English defender Harry Maguire was shown a red.

Joao Pedro and Emmanuel Bonaventure sealed the deal for the Hornets as they added to the scoresheet and made it to the headlines in the 4-1 thrashing of Manchester United.