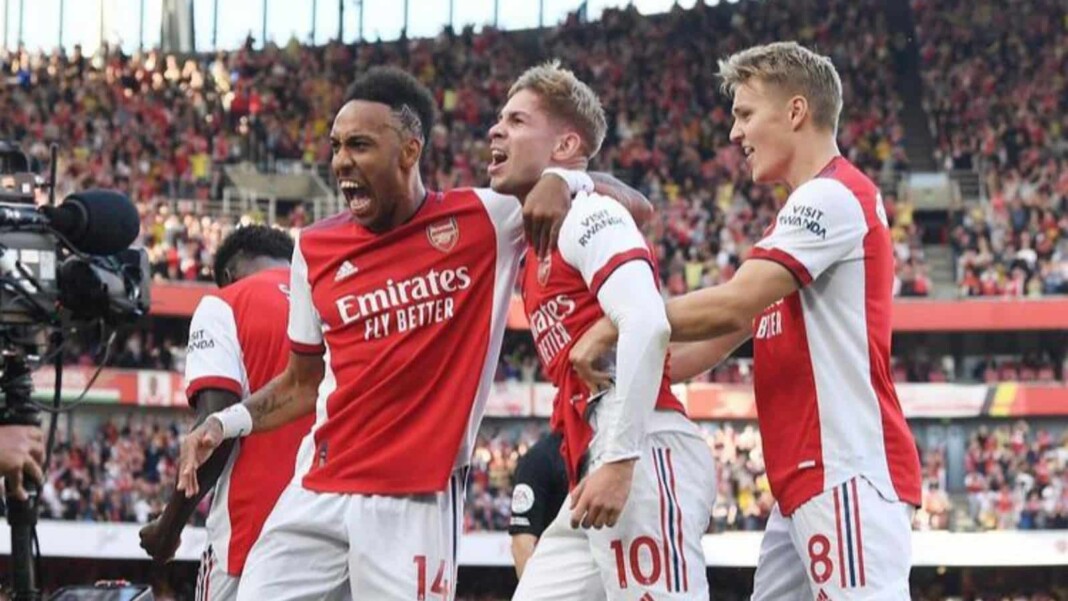 Arsenal trashed arch rivals Tottenham Hotspur in the North London Derby at the Emirates Stadium with a massive 3-1 win on Sunday. Mikel Arteta’s men just seemed to be a level above their London neighbours Tottenham and took the game by storm from the very first whistle.

Young guns Emile Smith Rowe and Saka combined to open to scoring in the 12th minute with Saka driving a perfect low cross in the box with a easy tap in for the on rushing Smith Rowe who was not picked by a single Tottenham player in the box. Smith Rowe then provided a assist to tailsman Aubameyang’s goal who doubled their lead with just 27 minutes on the clock.

Spurs were all over the place in the first half and to add to their misery Saka added a third goal after a amazing solo run from deep and managed to beat Lloris at his near-post. There was not much for Nuno’s men to play for in the second half except to reduce the damage and save themselves from further embarrassment in the huge North London Derby.

However Son scored a consolation goal in the 79th minute. But in the end it was Mikel Arteta’s men who were victorious and have now made four wins in a row in all competitions and are level on points with Spurs on 9 points. There were also individual performances on show today for Arsenal with new signing Tomiyasu was fantastic at both ends of the pitch, in midfield Thomas Partey came close to score but was unfortunate not to get on the scoresheet.

Ian Wright was over the moon to see his former club score three goals and went crazy in the studios celebrating the goals.