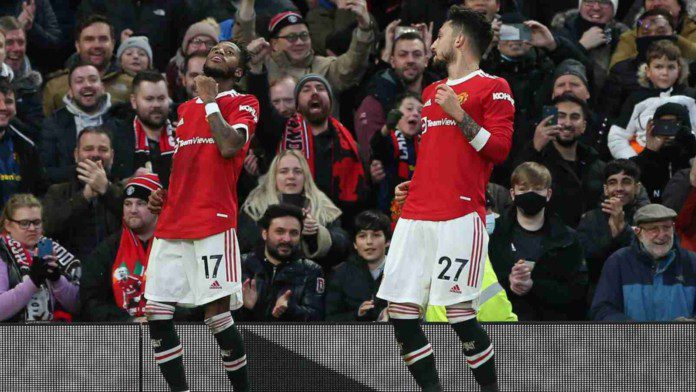 Manchester United are finally off and running under their new coach Ralf Rangnick, scoring their first goal under the German manager after toiling hard for about 77 minutes. The Reds currently lead Crystal Palace by a goal to nil, with Fred scoring a spectacular goal to ensure a victory for his side and a debut match win for the new boss in the Premier League.

Manchester United showed plenty of intent in pressing their opposition throughout the match, as they look to settle into a new playing style, after a change in the managerial role. However, for much of their good play, the home side lacked a certain spark in attack having only a couple of shots on goal.

Brazilian midfielder Fred came up with a brilliant curling strike from outside the box, as the game almost meandered to a draw for United. Diogo Dalot played his way up the pitch to find Mason greenwood inside the penalty box, who couldn’t make further progress and instead chose to set it up delightfully for the onrushing Fred.

The midfielder took on a first-time shot and found the top left corner expertly and that too with his weaker right foot. United held onto their lead without any major scares for the remainder of the match to come out with all three points from the fixture.