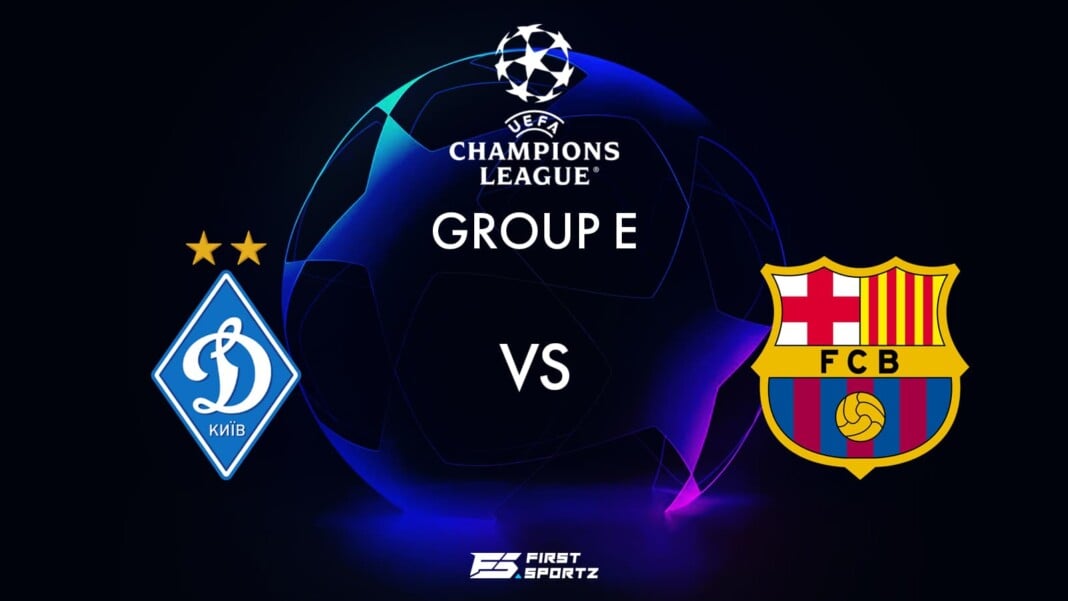 Dynamo Kyiv vs Barcelona: Dynamo Kyiv will face the hurt Barcelona side who recently have gotten their manager sacked for poor form and results. Barcelona have been struggling a lot in their recent matches and despite being a stronger side than Dynamo Kyiv, they’re at par on the winning scale.

With just a standalone win and two losses, Barcelona are placed third on the Group E points table while Dynamo Kyiv lay low on the bottom of the table with one draw and two losses. The upcoming encounter is scheduled to be played at NSC Olimpiyskiy.

With Match Day 4 being a reverse order fixture format, they’ll be going neck to neck yet again after their previous meeting which was on Match Day 3 at Camp Nou. Barcelona playing at home was the only positive for them apart from the 1-0 win they clinched against Dynamo Kyiv. Gerard Pique’s fine finish in the back of the net in the 36th minute of the match brought Barcelona the lead in the match. As the match progressed further, there were no eventful attempts at goal which helped Barcelona clinch a 1-0 win and get three very important points.

The upcoming Champions League encounter between Dynamo Kyiv & Barcelona will be played at National Sports Complex “Olympiyskiy”. The stadium is host to Barcelona as it serves as the home ground to Dynamo Kyiv. The stadium has a capacity of as many as 70,000 spectators.

No matter what form Barcelona has been in so far, they’re still the favourites to win this upcoming Champions League fixture.