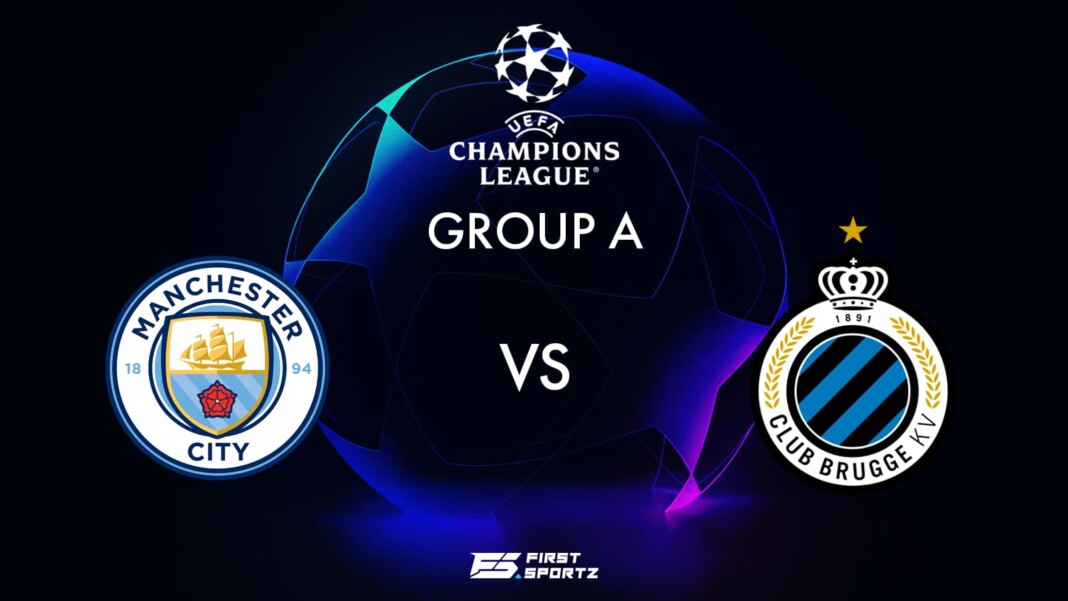 Manchester City vs Club Brugge: Manchester City will trade tackles against Club Brugge on Match Day 4 of the Champions League at City of Manchester Stadium. This will prove to be a massive advantage for Manchester City as they get to play in front of their home crowd. The match is scheduled to be played on November 4 at 1:30 AM as per IST.

Currently, Manchester City is placed second on the Group A points table having won two of their three opening games. Meanwhile, Club Brugge are placed third with a standalone win from their three games. This encounter will be a crucial one for Club Brugge as they’re lacking way behind and their recent Champions League game against Manchester City.

The two teams last met at Jan Breydel Stadium where Manchester City thrashed Club Brugge with a 5-1 scoreline. João Cancelo scored the opening goal for City followed by a penalty scored by Riyad Mahrez. Goals from Kyle Walker and Cole Palmer made it an inevitable 4-0 scoreline for Manchester City. However, Hans Vanaken pulled one back in for Club Brugge in the 81st minute. In the end, Mahrez completed his brace by scoring another a couple of minutes later and the match ended 5-1 with Manchester bagging three points.

The upcoming encounter is predicted to be totally dominated by Manchester City, especially in front of their home crowd.