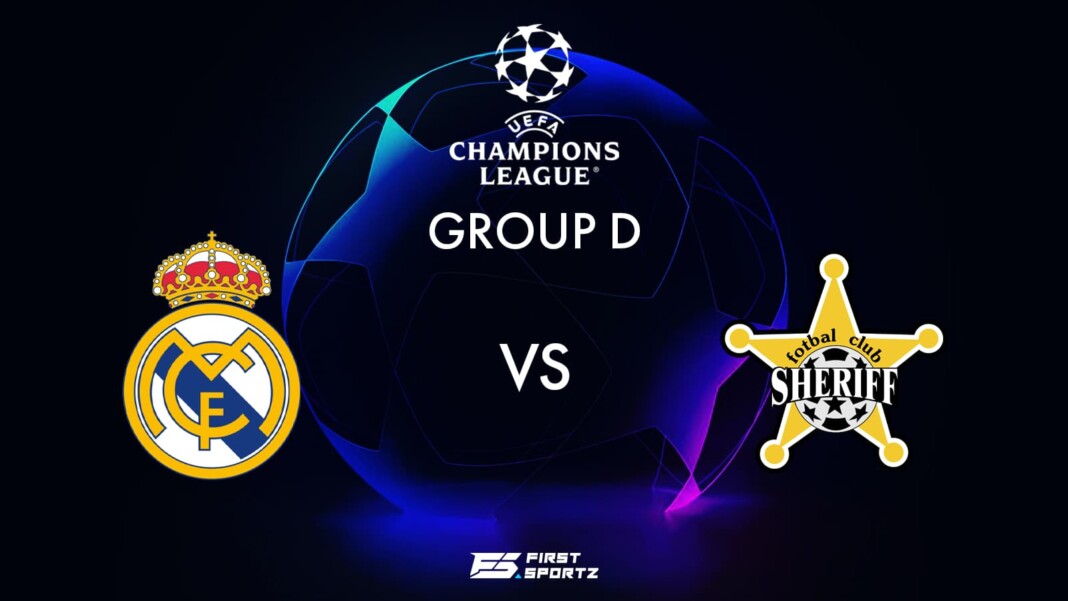 Real Madrid vs Sheriff: The Champions League is all set to return and Real Madrid will take on Moldovan club Sheriff Tiraspol in the second match of Group D on the 28th of September.

Real Madrid have almost had the perfect start to life under new coach Carlo Ancelotti, and are in a very good position both in La Liga and in the Champions League. They have shown great potential in attack as Karim Benzema and Vinicius have been in supreme form since the start of the new campaign. However, they stumbled upon a sturdy Villarreal side in their league match this week and could only manage a 0-0 draw. They started off with a victory against mighty Inter Milan in their first Champions League match, courtesy of a late 89th-minute goal from Rodrygo to take all three points.

There is a new sheriff in town, as Sheriff Tiraspol have made history this season, by becoming the first Moldovan club to qualify for the UEFA Champions League. They have had a dream start to life in Europe’s elite competition and picked up a victory in their debut match in Europe against Shakhtar Donetsk on the first match-day. However, things will only get tougher for them as they face the daunting task of facing Real Madrid at the Santiago Bernabeu on Tuesday night.

The match between Real Madrid and Sheriff Tiraspol will be played at the home ground of the Los Blancos, the Santiago Bernabeu Stadium. It has a seating capacity of 81,000 and is the second-largest stadium in Spain.

Real Madrid are clearly the stronger side on paper, however, football matches are not won on paper, but on the field. Carlo Ancelotti’s men will have to be on top of their game to stop the high-flying Sheriff team and pick up their second victory of the Champions League. We predict a 3-0 victory for Real Madrid, given the attacking style of football they have shown this season, especially at Santiago Bernabeu.