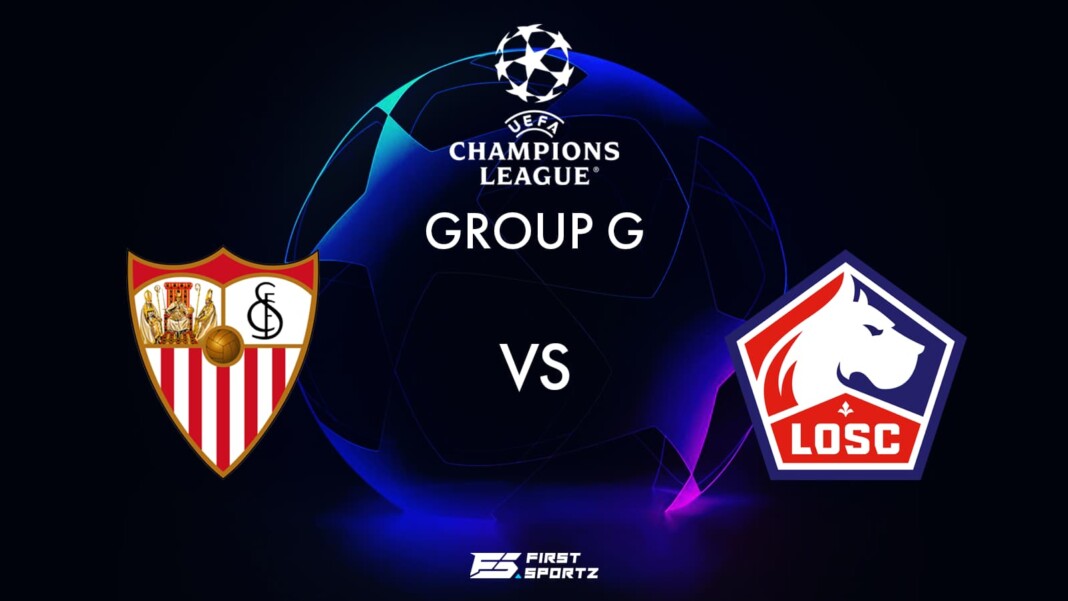 Sevilla vs Lille: Sevilla will trade tackles against Lille at Ramon Sanchez Pizjuan for their upcoming Champions League encounter. The match is scheduled to be played on November 3 at 1:30 AM IST. This will come off as a reverse order encounter as the two teams last met each other in their respective Champions League matches.

Sevilla are currently placed second on the Group G points table with three draws out of three games while owing to a disappointing loss, Lille are placed third on the points table.

The two teams locked horns in their previous Champions League encounter against each other at Stade Pierre-Mauroy and the match ended in a disappointing stalemate with the points being shared. However, with respect to the overall stats of the two teams, Sevilla outperformed Lille. Sevilla had as much as 62% possession while also having more attempts on goal as well as more on-target attempts.

The upcoming Champions League encounter between Sevilla & Lille will be played at Ramon Sanchez-Pizjuan Stadium. The stadium is host to Lille as it serves as the home ground to Sevilla. The stadium has a capacity of as many as 43,883 spectators.

With Sevilla being hard on Lille in their previous match-up, they’re more likely to win the upcoming game by outperforming them yet again, but with a win this time.