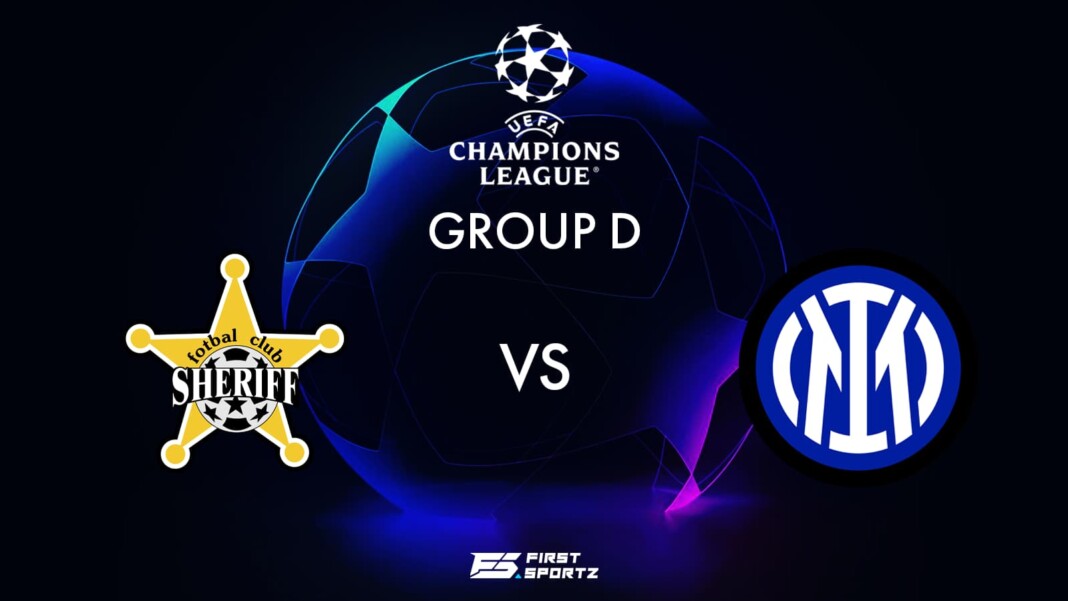 Sheriff vs Inter Milan: Sheriff will be trading tackles against Inter Milan at Bolshaya Sportivnaya Arena for their upcoming encounter on Match Day 4 of the UEFA Champions League. This will be a reverse fixture as the two teams recently match on Match Day 3 as well.

Currently, Sheriff leads the Group D standings having won two out of their first three games and securing six points. On the other hand, Inter Milan are placed third on the table with a win, a loss and a draw. This will be a golden opportunity for Inter Milan to score some points and move up on the table.

The two teams met at San Siro for their previous Champions League match and the result was entirely favouring against Sheriff. Striker Edin Džeko scored the opening goal and granted the lead to Inter Milan in the first half. Sébastien Thill gave a fitting response by drilling in an equaliser for Sheriff. However, goals by Arturo Vidal & Stefan de Vrij helped Inter Milan secure a comfortable 3-1 win and grant them their first win of the league.

The upcoming Champions League encounter between Sheriff & Inter Milan will be played at Bolshaya Sportivnaya Arena. The stadium is host to Inter Milan as it serves as the home ground to Sheriff. The stadium has a capacity of as many as 12,750 spectators.

A win over Sheriff in their previous game already gives Inter Milan a massive advantage. However, the players that Inter Milan possess already provides them with the upper hand in their upcoming match-up.