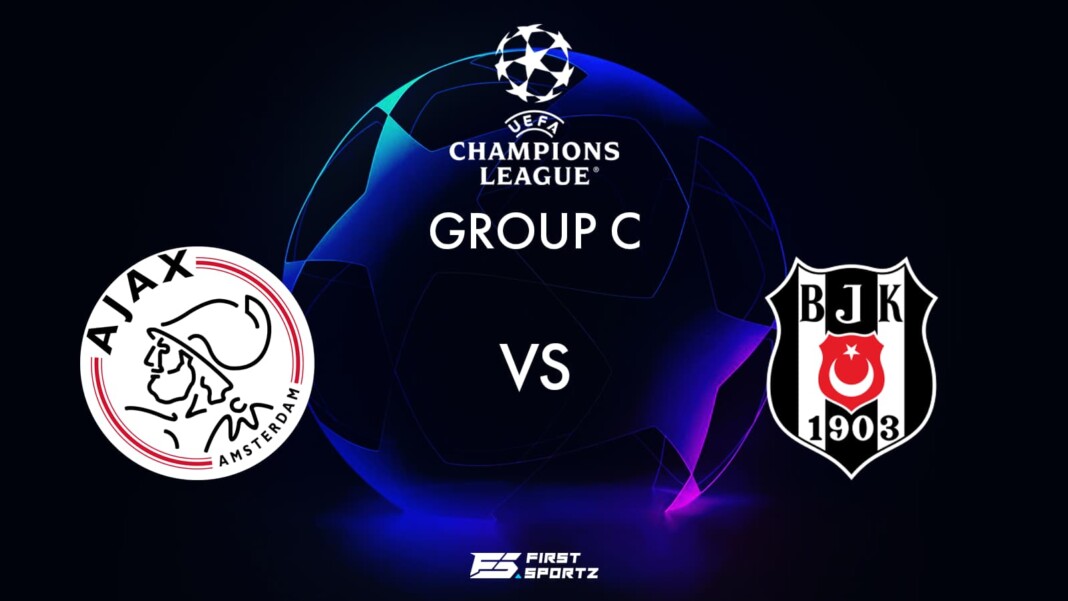 Ajax vs Beşiktaş: Ajax will lock horns with Beşiktaş to play their second match in the group stage of UEFA Champions League, battling for the top position in Group C. Let’s check out the preview of both the teams before the fixture and also the television broadcaster where the match will be live.

The Dutch team Ajax has been in an electric form this season and has currently not lost a single match. In Eredevise they are currently sitting at the top of the tree with 6 wins and 1 draw. Ajax faced Sporting Lisbon, the Portuguese team in their first match in the group stage and secured a comfortable win of 5-1 with Haller scoring four and Berghuis scoring one for the dutch side. They will be looking forward to continue their momentum and will definitely have a clear vision to top the group table in the Champions League and qualify to the knockouts.

The Turkish team, Beşiktaş has started this season well off as they are currently in the third position in the Süper Lig with 4 wins, 2 draws and 1 loss. They have had a weak start to this season in the Champions League as they lost their first match in the group stage. Beşiktaş faced the German giant Borussia Dortmund and suffered a 2-1 loss with Bellingham and Haaland scoring two early goals in the first half keeping the game in their control. Kavi Montero scored a late goal for Beşiktaş in the 90th minute to reduce their goal difference and end the match. Beşiktaş will have to comeback stronger if they look forward to qualify this season for the knockouts or else elimination is not so far away.

The match between Ajax and Beşiktaş will be played in Johan Cruijff ArenA, home ground of Ajax, on 28th of September 10:15 PM (IST).

Ajax will definitely have an edge over Beşiktaş as the Dutch team is currently fast with their quick attacks and is currently in a great form. Beşiktaş will have to pull off something extraordinary to secure a win until then the prediction for the match is Ajax 4 – 0 Beşiktaş.