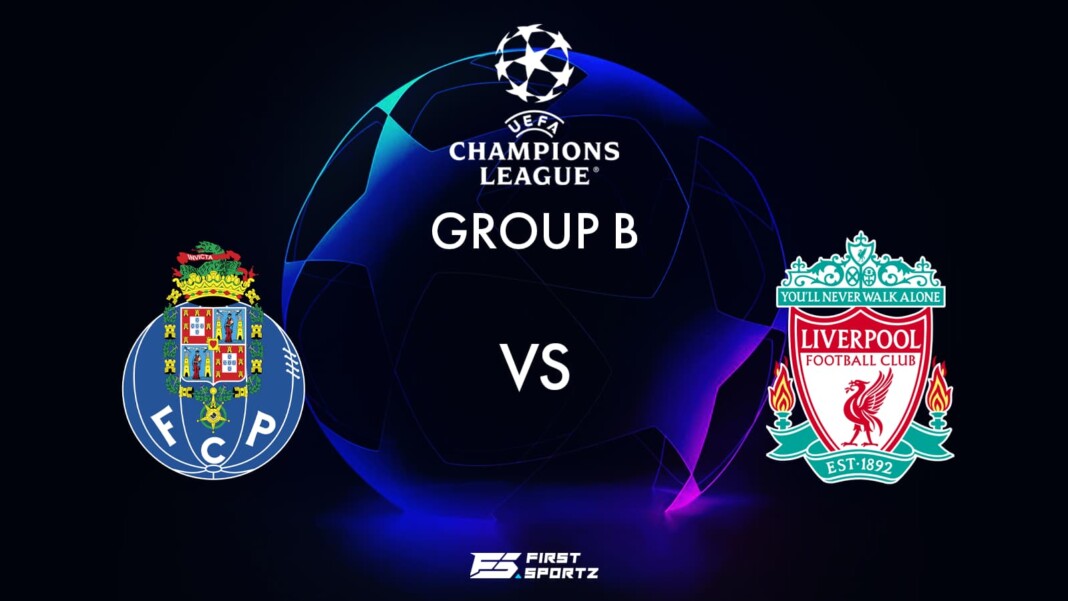 UEFA Champions League action returns as Matchday 2 sees FC Porto take on Liverpool in Group B clash at the Estadio do Dragao in Porto on Tuesday 28th September. Ahead of the game we take a look at the Live Stream, Preview and Prediction details for the FC Porto vs Liverpool.

FC Porto opened their European campaign with a 0-0 draw against Atletico Madrid in matchday 1. A goal fest is never on the cards when a side is facing Atletico Madrid with both sides just managing a total of 11 shots in the whole game, with the home side recorded 6 while FC Porto had five shots. Chancel Mbemba saw a red card in the dying moments of the game but it was little late for Deigo Simeone’s side to take the advantage of their extra man on the field.

Porto are still unbeaten in all competitions and won their last game against Gil Vicente, it was Mehdi Taremi caught the opposite goalkeeper from 40 yards before Sergio Oliveira won the match with an 89th minute free-kick. Sergio Conceicao’s men will need more of that if they want to beat Liverpool.

Meanwhile the visitors, Liverpool were up against AC Milan in their first group stage game in Champions League this season. This was only the third meeting between these two sides the previous two coming in the 2005 and the 2007 Champions League Final. Liverpool have now managed to score trio of goals in their last five matches. Liverpool took the lead through a Fikayo Tomori own goal but visitors scored two quick fire goals through Ante Rebic and Brahim Diaz before the halftime. However it was captain Jordan Henderson who scored the winner with a low drive from the edge of the box.

Liverpool were held by Brentford in a thrilling 3-3 at the Brentford Community stadium in their last game. Jurgen Klopp’s men will need all their form going into the game against Porto as they are a tough team to break down.

FC Porto will host Liverpool at the Estadio Do Dragao stadium in Porto, Portugal. It has a total capacity of 50,035 seats. It is the third largest stadium in Portugal, and is one of the most oldest stadiums in Europe.

Porto have already proven themselves as a tough nut to crack both domestically and continentally this term, while their home record in the group stages speaks for itself, but some enforced defensive changes could harm them this week.
Klopp cannot afford to take any games in Group B lightly and Klopp will have his mind on the weekend’s crucial clash against Manchester City in the league and will surely look to rest some stars. Even after that we predict a win for Liverpool and make it two wins in two matches in the group.