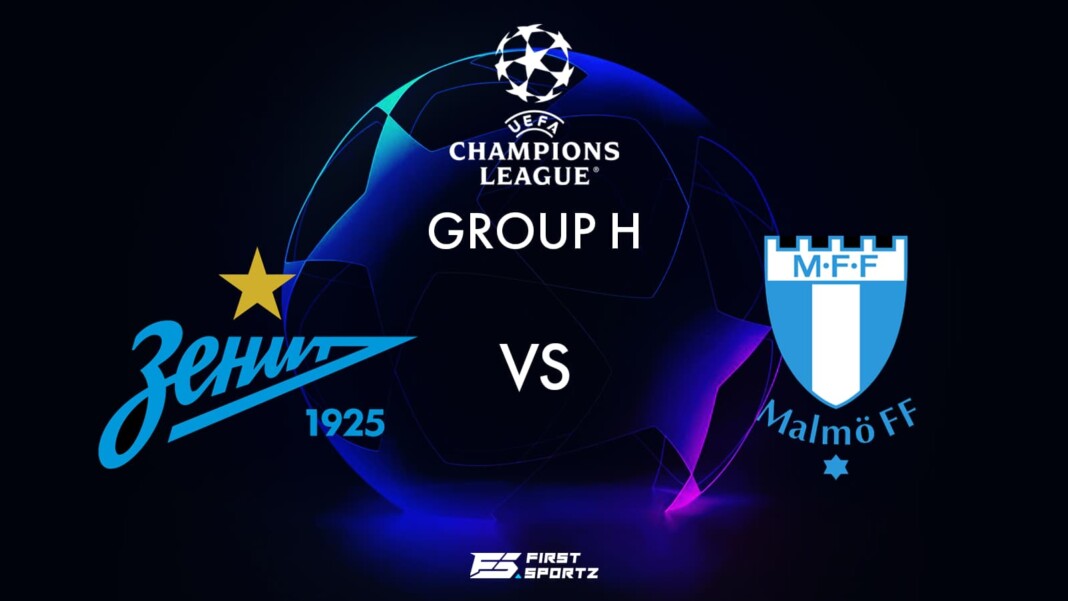 UEFA Champions League action returns as Matchday 2 sees Zenit take on Malmo in Group H clash at the Gazprom Arena in Saint Petersburg on Tuesday 28th September. Ahead of the game we take a look at the Live Stream, Preview and Prediction details for the Zenit vs Malmo.

Zenit put in a great shift in their first game of this season’s Champions League campaign against defending champions Chelsea and the London outfit just edged past Zenit thanks to Romelu Lukaku who scored the only goal of the game in the 69th of the game. Manager Sergei Semak despite the defeat would be really happy with the heart his team showed away from home against the reigning champions and almost won a point for themselves.

Zenit are on a four match win streak in the Russian Premier League scoring a total of 9 goals in the process. In their recent game against Krylya Sovetov they came from 1-0 down to win the game 2-1 on the night thanks to goal scored from Dyzuba and 79th minute winning penalty scored by Aleksey Sutormin. Zenit now take on Malmo in matchday 2.

Meanwhile their opponents, Malmo were beaten at home by Juventus in matchday one thanks to first half goals from Alex Sandro, Paulo Dybala and Alvaro Morata. Malmo are second in the table in the Swedish league and won their last game 5-1 against Orebro. Malmo will look to register their first win of this season’s Champions League against Zenit on Tuesday.

Zenit will welcome Malmo at the Gazprom Arena in Saint Petersburg, Russia. It is also known as Krestovsky Stadium. It has a total capacity of 67,800 seats.

Zenit were great in their 1-0 to Chelsea in matchday one and will surely want to hit the ground running in Europe. After that performance against the defending champions Zenit will have a new reignited hope of making it to the round of 16 of the Champions League this season. However Malmo will not be an easy task whatsoever but Zenit do have the form and the quality they need to get a result. Hence we predict a win for the Russian side Zenit in this game.