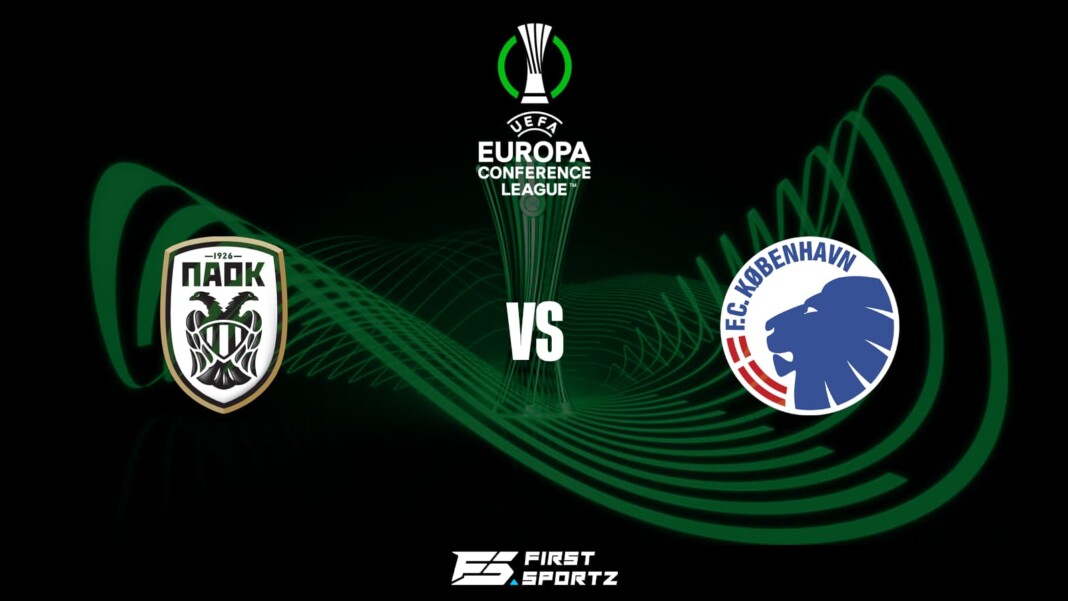 It’s matchday 4 in the UEFA Conference League as PAOK welcome FC Copenhagen at the Toumba Stadium on Thursday 4th November. Both sides are first and second in Group F respectively with PAOK sitting top with 7 points while Copenhagen are second with 6 points. Ahead of the game here is our PAOK vs FC Copenhagen live stream, preview and Prediction details.

PAOK are well poised in Group F still unbeatafter three games played having 2 wins and 1 draw. PAOK were victorious in their last group game against Copenhagen winning 2-1 away from home. The home side suffered a huge blow within ten minutes of the game as their keeper Kamil Grabara was sent off for a deliberate handball outside the box.

PAOK took the the advantage of the spare man and were 2-0 up going into halftime. Sidcley opened the scoring in the 19th minute before Andrija Zivkovic doubled the lead just minutes before halftime. Copenhagen managed to pull one back in the last 10 minutes but that was all they could do playing with 10 men for almost the whole game. Both sides are coming off victories in their respective leagues as PAOK eased past Apollon Smirnis 4-1, while Copenhagen were 3-0 winners against Vejle.

PAOK will host FC Copenhagen at the Toumba Stadium in Thessaloniki, Greece. It is also known as the PAOK Stadium and has been the home ground since 1959. It has a total capacity of 29,000 seats. It is also used by the Greece national team for selected matches.