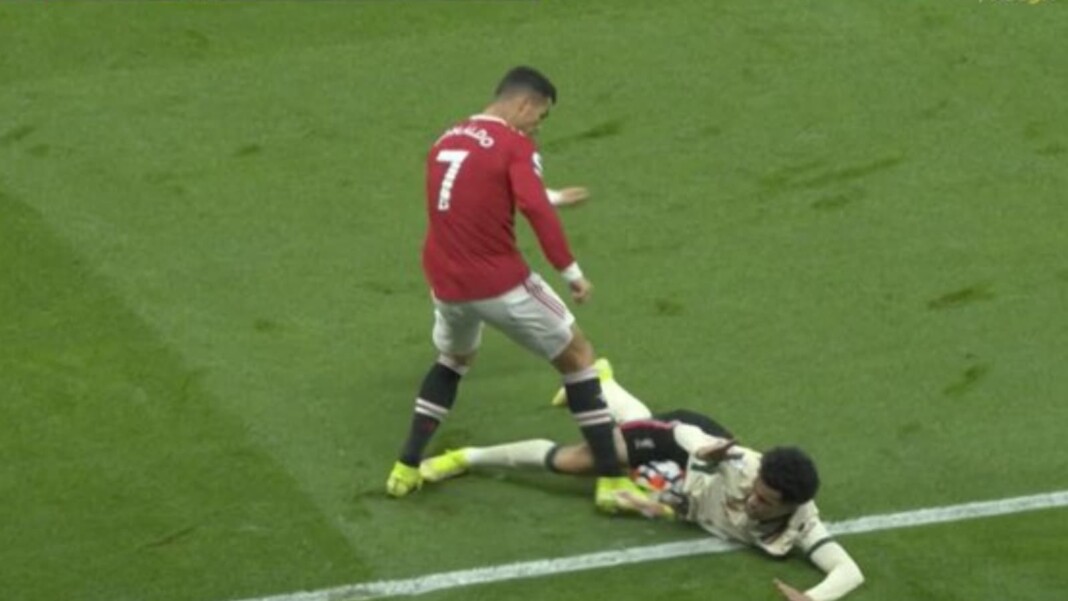 What a day to be alive for a Liverpool fan whereas what a day for Manchester United to not see. Manchester United are probably drubbed by Liverpool at Old Trafford as the team gone up 5-0 when the news was being covered. Virtual Assistant Referee(VAR) came to foray again as it saved Cristiano Ronaldo from a red whereas Paul Pogba was sent off after an horrific challenge on Naby Keita.

In the dying embers of the first half, the long was played for Cristiano Ronaldo but the player was defended by Liverpool wingback/ full-back. Ronaldo fouled the player and when the whistle went off, he still tried to play the ball and forced it on the full back. The player received the yellow card for his foul.

The calls were out from the fan base as they wanted Ole Gunnar Solskjaer to be gone. One of the tweets read:

One off the fans went on to ask how Cristiano Ronaldo got saved from the red card. He asked one of the official broadcasters by tagging them:

The fans started to compare the other fouls as well. And challenged the decision of the yellow card.