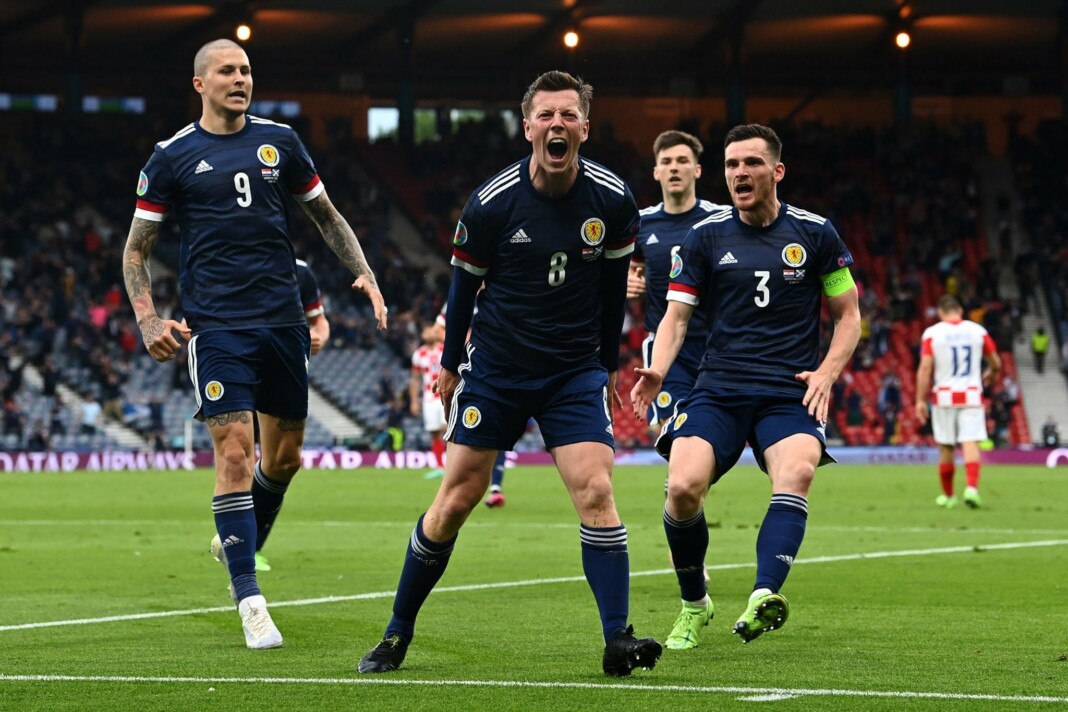 Croatia and Scotland are currently involved in their biggest match of the tournament, as the match is a must-win for both sides. The match in which the winner would be rewarded with a spot in the Round of 16 of EURO 2020 has started in dramatic fashion with both sides scoring inside the first half to set-up a thrilling second half on offer.

Croatia grabbed a crucial lead in the 17th minute when Nicola Vlasic scored from close range after Perisic rose at the back post to guide the ball into the striker’s path. He calmly slotted the ball past Marshall in the Scottish goal to give them the lead at Hampden Park.

However, as many times in the EURO 2020, Scotland have once again show they will not go out without a fight. They showed determination and grit and have themselves got an equalizer in the first half itself through Callum Mcgregor. The goal was Scotland’s first goal in 25 years the European Championships.

The goal came from an Andy Robertson cross, which was deflected away by the Croatian defence. However, the ball fell otside the box for Callum Mcgregor. He was the first to react, and drove an excellent shot from 20 yards to send it into the bottom right corner past the Croatian goalkeeper who could not reach it despite his best efforts.

The match stands evenly poised at 1-1 going into the break and sets us up for a riveting contest in the second half as both teams would look to go all out for the victory.