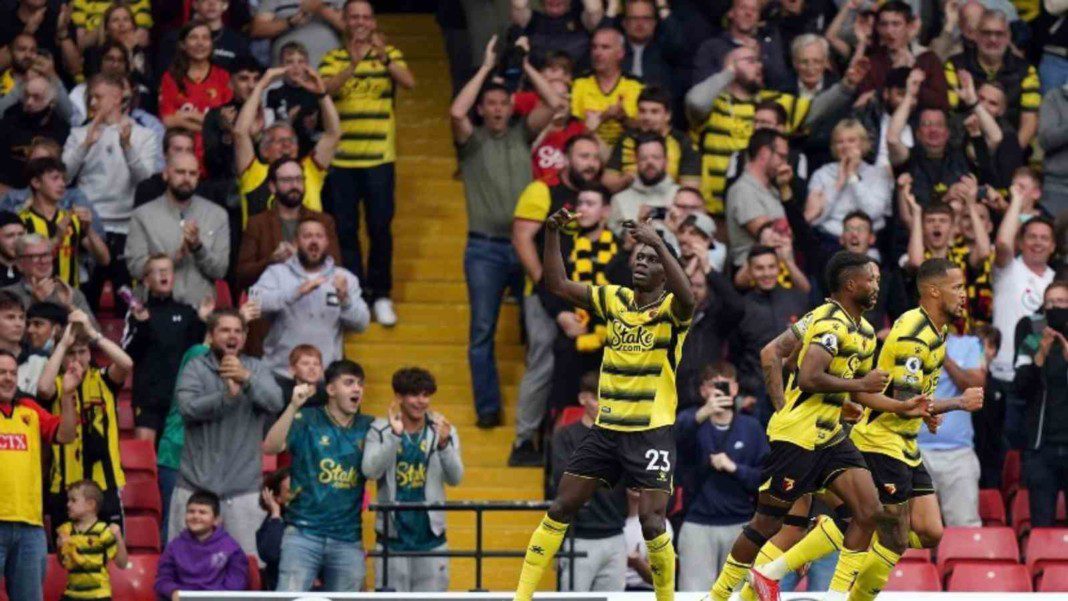 Ismailla Sarr has finally scored in tonight’s mega clash between Watford and Manchester United at the Hornets’ home ground, the Vicarage Road Stadium, after missing plentiful chances earlier in the game. The most disappointing of his misses tonight, were undoubtedly the two poorly taken Penalty kicks that turned out to be routine saves for David De Gea and even after that, he failed to convert a couple of easy chances. However, he has now paid it back to fans in kind with an absolute stunner right before the halftime whistle.

The Red Devils have lately made it a habit to make their opponents look way more stronger than they actually are and this match has been no different. Quite unexpectedly, Watford have completely dominated United in the first half which is clearly evident from the stats.

Manchester United have managed just one shot on target whereas Watford, who placed on the 15th position of the points table currently, have attempted 11 shots in all, with 4 shots on target. The scoreline could have been much more exhausting for Manchester United had Watford not missed so many of their chances but a 2-0 deficit at half time against a mediocre team like Watford is already humiliating enough. Also, Watford have kept 73% possession in the first half which is a big statement in itself.

David De Gea has been Manchester United’s best player on the pitch so far but his heroics too weren’t enough to single handedly save the Red Devils who now look damaged beyond repair. Despite having a star studded front line, the execution of Manchester United has been lacklustre just like their display in the Manchester Derby.

However, this might be a blessing in disguise for the Manchester United fans after all as this might end Ole Gunnar Solskjaer’s reign at Old Trafford; A decision that the fans are waiting for since eternity. The chances of the Norwegian surviving this blow are indeed timid.

Also Read:- WATCH: David de Gea at his best as he comes up with back to back two brilliant penalty save