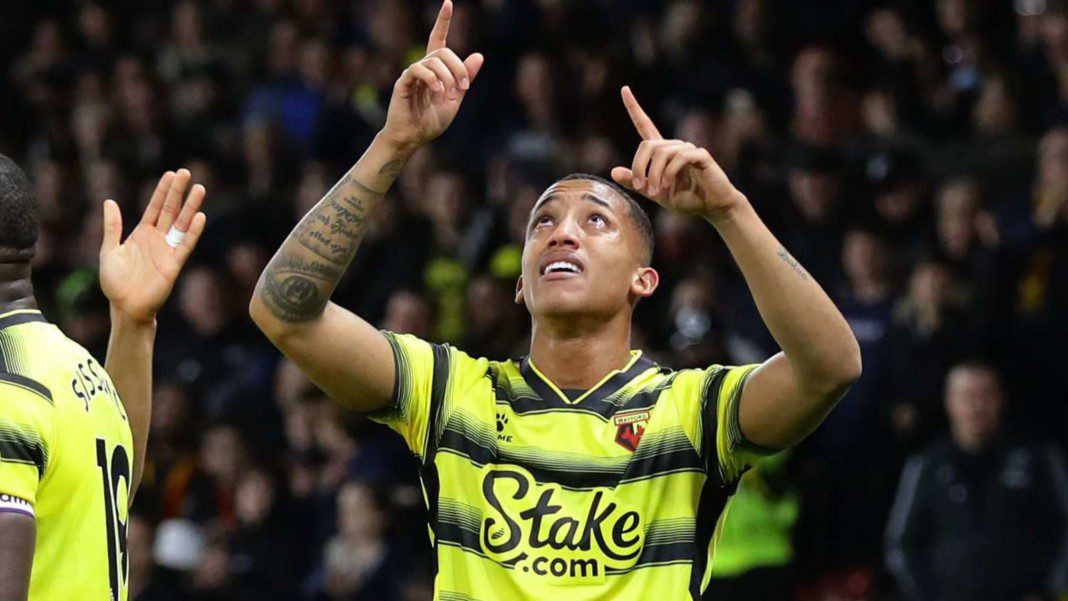 Watford have pulled off a great heist against one of the Premier League’s Big 6 teams in the Premier League. The Premier League strugglers have come out with a dominating 4-1 victory, with two late goals from Joao Pedro and Emmanuel Bonaventure to cap off a perfect evening for Claudio Ranieri’s side.

With Manchester United already down to 10-men after Harry Maguire’s red card in the 69th minute of the match, all the Hornets had to do was manage the remaining 30 minutes to seal the victory but they did more than that as they continued to build the pressure on the United goal, in a bid to extend the margin of victory.

David De Gea made an impressive save in the 91st minute to keep out an initial effort from Joao Pedro, from close in however, the forward scored seconds later to get the goal for himself and put the match to bed. Pedro made a run outside the box and was well found by Dennis who had town the ball of a United player himself.

Joao Pedro had a very tight angle to goal, but took on the shot himself and expertly found the bottom right corner beating De Gea at his near post. What caught everyone’s eyes was the emotional outpour he had after scoring the goal. He burst into tears while celebrating the goal, and needed his teammates to cheer him up.

Watford went on to score once again minutes later, for their fourth goal of the afternoon as Emmanuel Bonaventure scored from a long ball fed in by the Watford keeper, Ben Foster who received the credits for the assist of the goal.

Also Read: WATCH: Mohamed Salah checks in on an Egyptian school in a campaign for UNHCR