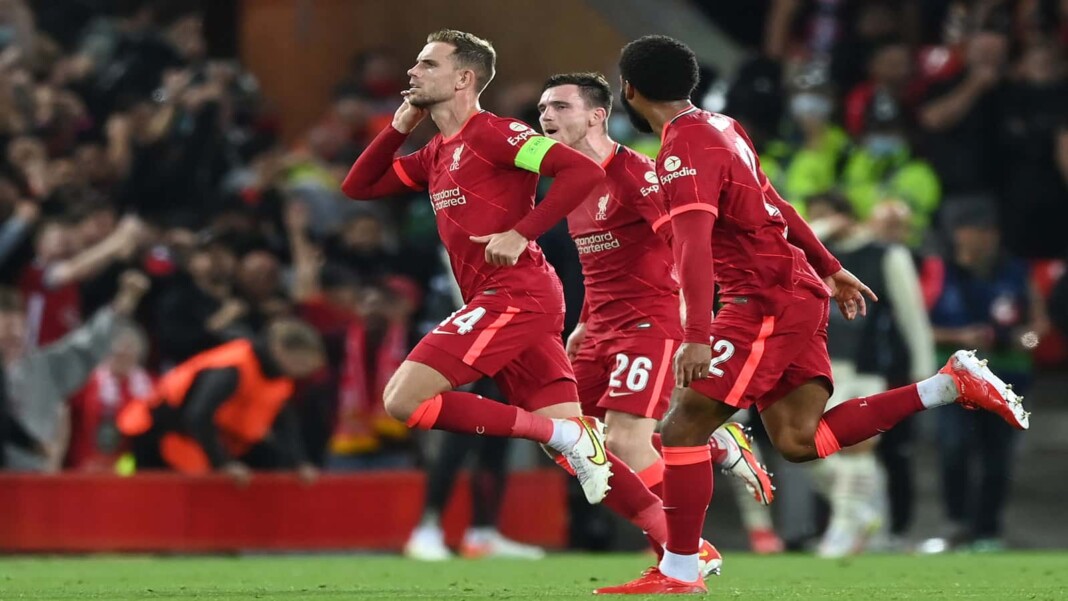 Liverpool have pulled off an excellent victory against AC Milan in their first match of the UEFA Champions League campaign. The match ended in a 3-2 scoreline for the hosts and completely lived up to its hype given the amount of European experience both clubs have in their history. Jordan Henderson scored from outside the box in and turned out to be an unlikely source of a goal for the English club.

Liverpool scored through a Fikayo Tomori own-goal inside the first 10 minutes of the match, but the Italian side came roaring back unto the contest to take a 2-1 lead inside the first 45 minutes after goals from Ante Rebic and Brahim Diaz inside a two-minute spell from the 42nd to the 44th minute.

Jordan henderson scored to seal all 3 points for Liverpool

However, the Egyptian king made up for his mistake as he wonderfully took his goal in the second half to level things up for the Reds. The moment of the match came in the 69th minute of the match, as the Liverpool skipper scored a rare goal for Jurgen Klopp’s side to seal the victory.

Trent Alexader Arnold swung in a corner which was cleared away by the Milan defenders but the clearance only fll for Jordan Henderson who was standing right on the edge of the box. The English midfielder swung his leg at it and caught it perfectly well to drill it into the net past the goalkeeper who stood rooted to his spot.

Also Read: Referee fires on the football pitch after fight breaks out over red-card