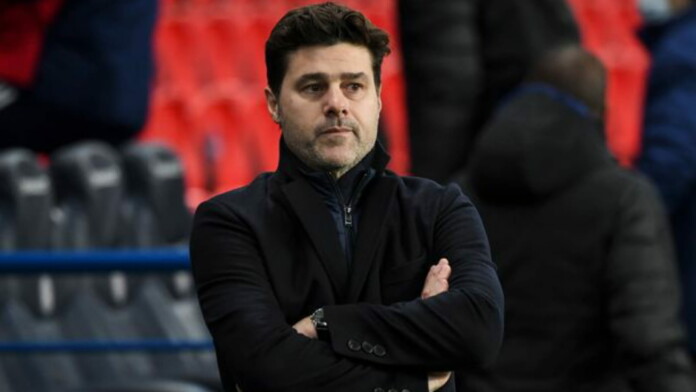 Mauricio Pochettino has emerged as one of the topmost favourites to take over the vacant managerial role at Premier League club, Manchester United. Many have tipped him to be the next manager, as United continue their hunt for the next manager, after having sacked Ole Gunnar Solskjaer last week, following a 4-1 defeat against Watford.

The former Tottenham Hotspur manager has now added to those rumours himself with what appeared to be a slip of tongue in a pre-match press conference with his current club PSG, ahead of their UEFA Champions League encounter against Manchester City.

Mauricio Pochettino is the favorite to be named as the new Manchester United manager, despite being under contract with PSG till 2023

While speaking in the press conference, the Argentine manager spoke about the love for PSG, as he had also played for them and continued by saying that he was focused on the job at hand. However, what grabbed attention, especially from a section of Manchester United fans was the fact that he said, that PSG are “fighting in the Premier League,” instead of saying the Ligue 1.

Fans on Twitter noticed the mistake and have inferred that his head is all ready for the new job at hand, with Manchester United. However, whether the fans would finally have their wish granted remains to be seen, as he has already claimed that he is very happy at Paris and is not currently thinking of a move to the Premier League.