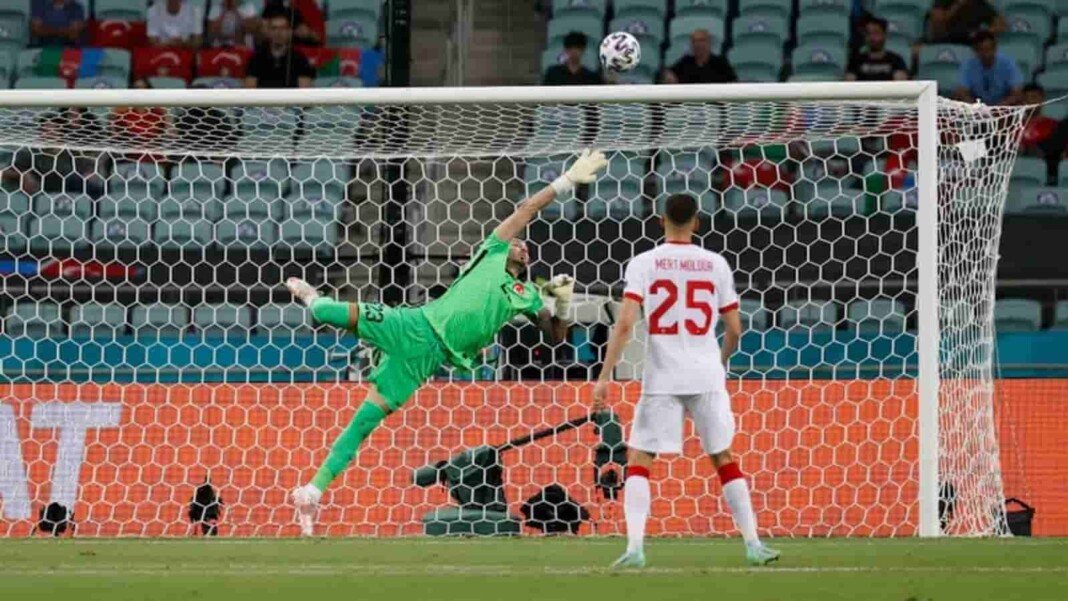 Switzerland are playing Turkey at the Olympic stadium in Baku, in what is both the team’s final group stage match of EURO 2020. The Swiss have had a rollicking start to this match and are two goals up inside the first 40 minutes of the match.

Haris Seferovic and Xherdan Shaqiri have scored for the Swiss, and they are currently leading 2-0 after the first 45 minutes.

Haris Seferovic scored early for the Swiss, in the 6th minute to put them in the lead early on. The goal came from their first attack of the match as Zuber laid on the ball for Seferovic inside the penalty box. The striker composed himself and found the bottom net perfectly, beyond the outstretched hands of Fakir in Turkey’s goal.

However, the wonder moment and the talking point came in the 26th minute of the match, when Xherdan Shaqiri channelled his inner Alpine Messi to score a worldly goal from outside the ball. The ball reached him from Zuber once again and the Liverpool forward struck a with his weaker right foot, a curled effort which nestled into the top corner, giving a great sense of joy to the Swiss fans inside the stadium and around the world.

As things stand with Wales losing 1-0 against Italy, Switzerland would still remain third in Group A and will have to wait for other results from the 5 other groups to know their fate in EURO 2020.