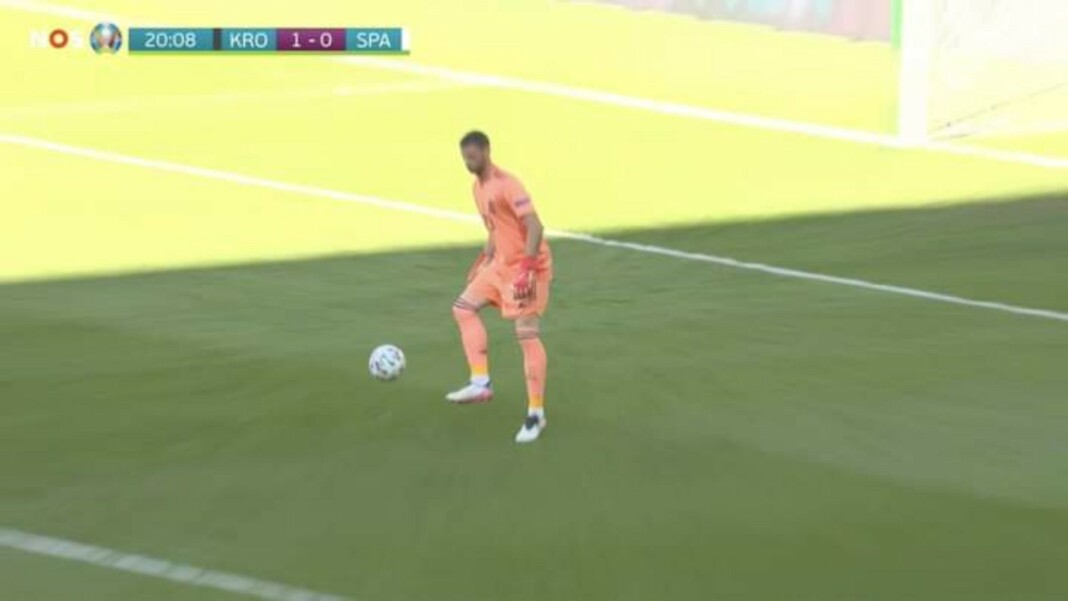 Spain and Croatia are currently involved in the Round of 16 match of EURO 2020 being played out at the Parken Stadium in Copenhagen.

The match has seen a hilarious piece of play from Spanish goalkeeper Unai Simon, which has resulted in an own goal for Luis Enrique’s side. Croatia are leading 1-0 after the first half hour of play.

Unai Simon’s first touch or the lack of it saw the ball deflect of his boot straight into the back of the net much to the amazement of both the Spanish and Croatian players. Spain have since looked dodgy at the back and are losing control of the match, which looked highly in favour of them in the first 20 minutes.