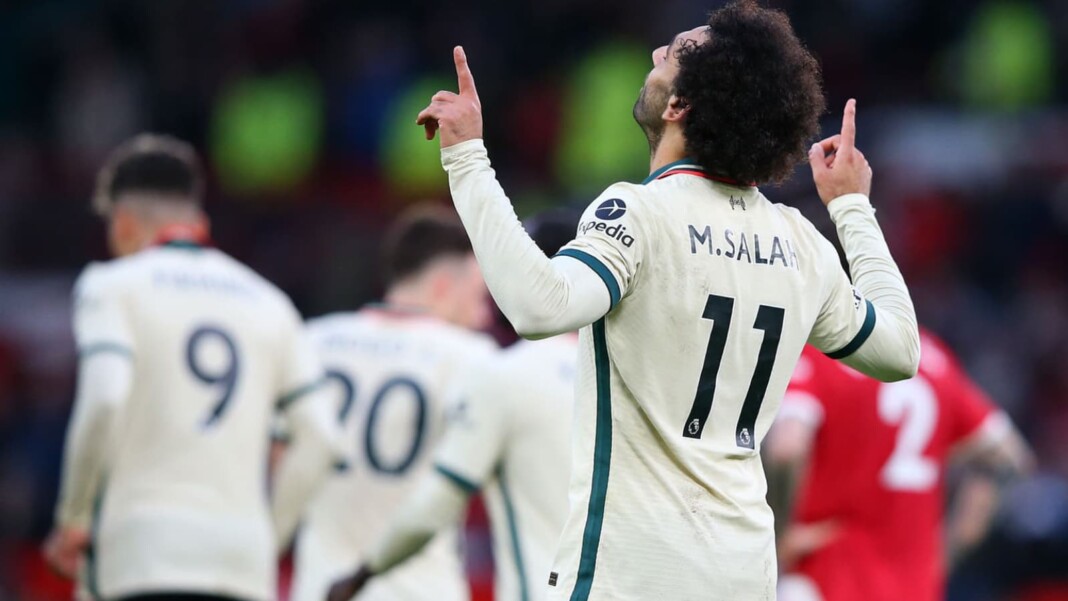 The Super Sunday, 24th October 2021 as we know hosted some high tempo matches, among them Manchester United vs Liverpool was one of them. The biggest English Premier League clash between the two historic club ending in the most unexpected dramatic fashion.

Liverpool continued there terrific form to thrash Manchester United 5-0 in Old Trafford. The Theatre of Dreams was in complete silence and almost 1 hour into the match the Red Devil fans were seen exiting the stadium in disappointment.

Naby Keïta and Diogo Jota added to early goals in the match to which later on Mohamed Salah added two goals to make it 4-0 just before the First half ended and prepared themselves to become Manchester United’s worst nightmare in the second half.

“After half-time, we were talking in the dressing room that we need to write history, we just need to keep going and keep scoring goals, try to score as many as you could,” Mohamed Salah said to the Official website of Liverpool.

“From the beginning of the season, we tried to win each game. We just play for the title because a team like Liverpool, players like that, a manager like that, we need to play for everything, to play to win everything.”

“As a team, I think from the beginning we just tried to play our football, we just tried to get the ball in between the lines – and I think we did that. We tried to keep the ball as long as we could, creating more chances. We were lucky to do that in the first half and score from that.”

In second half Liverpool came in with uplifted spirits as Mohamed Salah scored his hat-trick to become the first player in more than 18 years to score a hat-trick in Old Trafford and the first ever in the Premier League.

With his hat-trick he even managed to cross Didier Drogba to become the highest scoring African player in Premier League with 107 goals. Currently the Egyptian has 15 goals in 12 caps for Liverpool, in 2021/22 campaign.