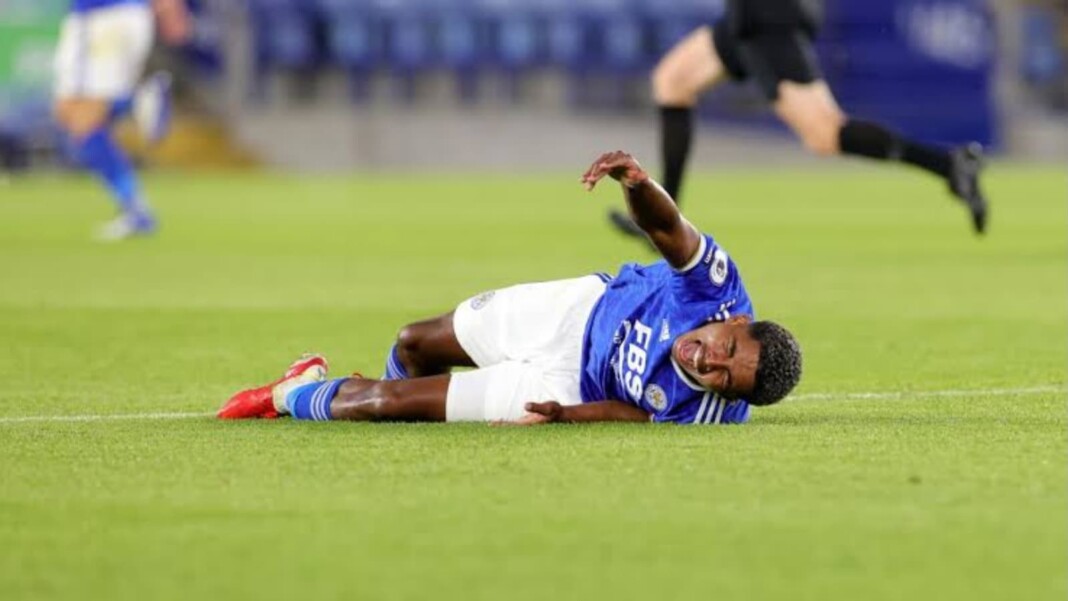 Leicester City defender Wesley Fofana has suffered a major leg injury which will see him miss a major part of the coming season. Fofana confirmed he has suffered a fractured fibula in the second half of their friendly match against Villarreal.

The French defender was the victim of a late tackle by forward Nino, after which he immediately called to the bench, with physios and paramedics rushing on and even providing oxygen to the player at one point. The Premier League season is all set to start in 10 days, but Fofana is expected to miss a major chunk of the season.

Fofana posted a message for his fans and well wishers on his official Instagram account. His message read, “Many thanks for all your messages. It is a bad day today but I am in a tremendous club with a wonderful medical team.“

“I will give you news as a soon as I have a final diagnosis but we already know that I have a fibula fracture. I will come soon and stronger: do not worry.”

The blow of losing the 20 year old defender will be a big one for Brendan Rodgers and Leicester. The defender who was signed from Saint Etienne last summer was one of their best players as the club won the FA Cup and finished 5th in the Premier League.

He established himself as a key player for Brendan Rodgers’ side in his debut Premier League campaign, making 38 appearances in all competitions.

Leicester won the match against Villarreal 3-2 after goals from Caglar Soyuncu, Harvey Barnes and Ayoze Perez. Leicester next face Manchester City on Saturday in the FA Community Shield match.