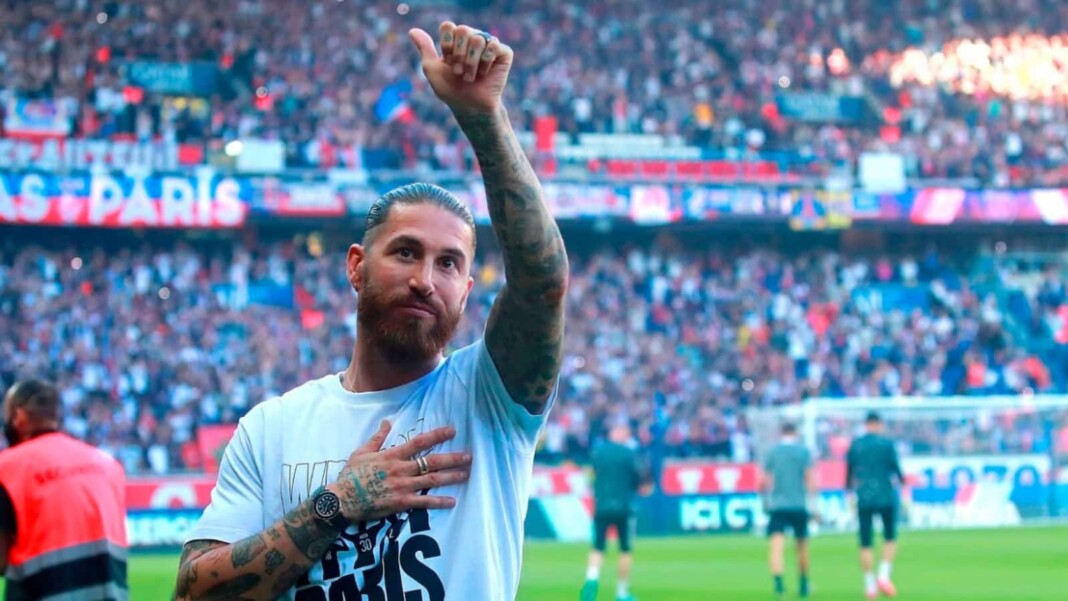 Sergio Ramos took a huge decision of leaving Real Madrid this summer for French Ligue 1 outfit Paris-Saint Germain on a free transfer in the month of July. However, the 35-year old Spanish defender is yet to make his official debut for his new club, and when he will make his debut continues to remain a mystery to one and all.

The former Real Madrid skipper has struggled with injuries since the turn of the year and had hardly featured for Real Madrid and Spain towards the back end of the 2020/21 season. He suffered a muscle injury in the UEFA Champions League semi-final second leg against Chelsea and has not made an appearance on the pitch since.

The worst part about his injury is the fact that even the PSG medical team and the manager have no clue when he will be fit and available to make his debut for the club. When asked about the availability of Sergio Ramos for the Ligue 1 fixture this weekend against Olympique Lyon, coach Mauricio Pochettino made it clear he was not a 100% fit and will not be called upon for the match.

“He is well individually, he is calm and continues his preparation. We hope that he can play quickly and it is important that he can return to a good level, equal to that of his teammates.”

However, PSG will be buoyed by the fact that one of their key players, Kylian Mbappe has been deemed fit to play in the match against Lyon this weekend. He went off after suffering a knock in their UEFA Champions League match against Club Brugge.