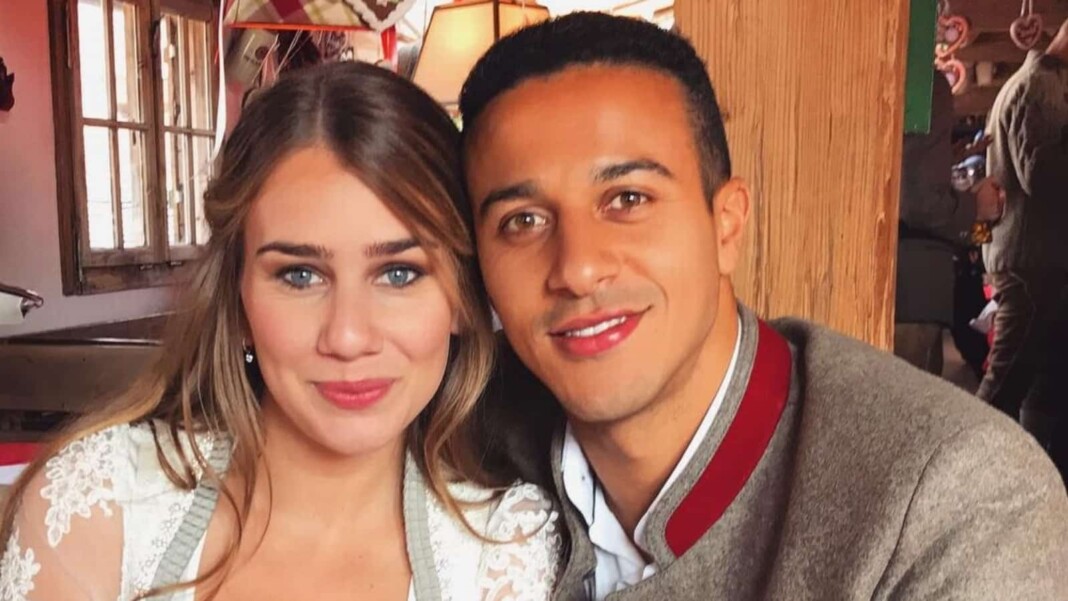 Thiago Alcantara is a Spanish international midfielder who plays his club football for Premier League club Liverpool. The midfielder joined the English giants in 2020 after winning the Champions League with Bayern Munich that very summer.

In 2020, Thiago was one of the best players in Europe as Bayern Munich became the second team ever to win the sextuple. The midfielder was a key player in Hansi Flick’s lineup and left the club on a high winning all the trophies. After an initial jittery start to his Liverpool career, caused majorly by injuries he has shown his quality and continues to be regarded as one of the best midfielder’s going around in Europe.

However, in this article we take a look into his personal life and more on the Spaniard’s wife and kids.

Thiago Alcantara is happily married to the stunning and beautiful Julia Vigas. Julia Vigas is a Spanish businesswoman and an Instagram star having almost about 141k followers on the social media site.

Thiago met Julia Vigas in 2012, when he was playing for Spanish giants FC Barcelona. The duo started dating short after and became serious with each other within a short span of time. In 2013, when Thiago moved on from Barcelona to join German club Bayern Munich, Julia relocated with his then boyfriend to stay together despite herself running a successful business in Spain.

Thiago and Julia finally took their relationship to the ultimate level in 2015, when the couple got married in June. They got married in a big wedding ceremony in Sant Climent de Peralta, Catalonia, Spain.

The couple are blessed with 2 beautiful children- a 4 year boy named Gabriel Alcantara, and a girl named Siena Alcantara, who was born in 2020.

Julia is currently the President of the Alcantarafound which is a foundation of the Alcantara family which works “for personal and social development of those who need it most.” She is currently living in Liverpool after her husband’s transfer to the club last summer and is often seen at the football pitch supporting Thiago and his team.