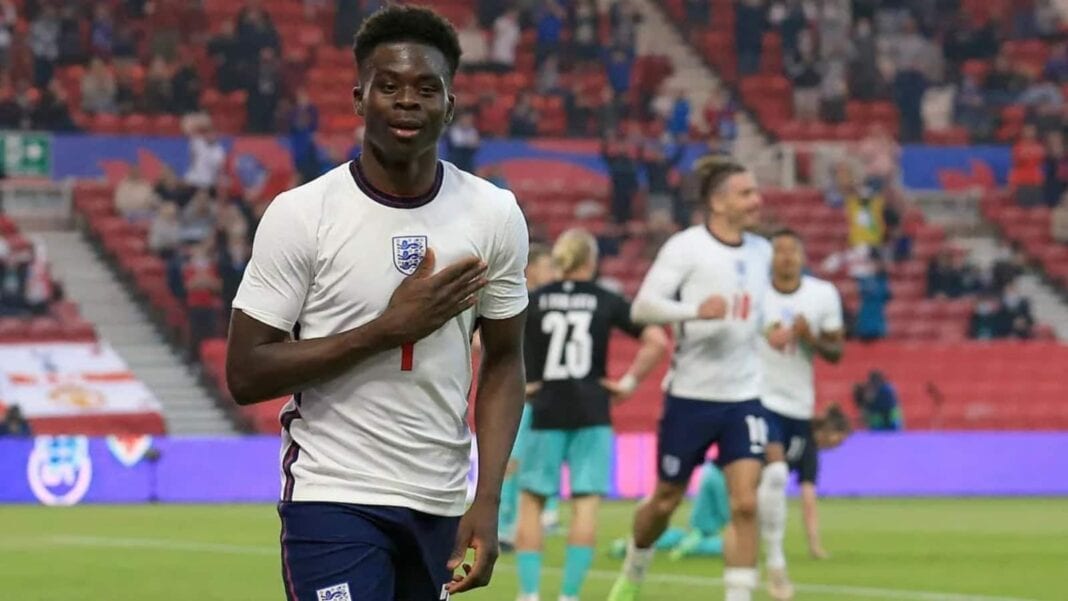 The Euro 2020 has been a nursery for some upcoming talents of European football and there is no denying that these youngsters are shining brightly at the moment with some impressive performances. One of the young stars who has been in the limelight is England midfielder Bukayo Saka.

On 23rd June the 20-year-old played a vital role in England’s 1-0 win over the Czech Republic. The youngster was chosen in place of Jadon Sancho which drew mixed reactions initially from fans, pundits and ex-footballers when the team was announced. Saka’s performance made a big difference in the middle as the Arsenal FC player provided a deft and clever pass during the run of play to Raheem Sterling who scored a comfortable goal to earn a well-deserved win for the 3 Lions.

So how would the 3 Lions benefit from Saka’s game in the future? Saka can play at the left-wing and can also play in central midfield which clearly shows his adaptability at the centre and at the wings. The England International can offer durability with his possession-based play. His ability to attack can also provide enough penetration in the forward line.

Saka showcased fine control with his passing against Czech Republic combined with his variations in his technique to build-up play at the centre. The midfielder can outrun the opposition with his pace and is a wily operator inside the box when it comes to setting up goals with his unorthodox yet creative footwork.

Bukayo Saka could be a valuable asset for England

Euro 2020 is his first major event but Saka showcased tremendous confidence while attacking as well as with his controlled aerial distribution to create chances although he played only 5 games before his debut Euro appearance. Saka can be a valuable input for the long run and keeping in mind the midfield strength of the 3 Lions, Saka could be the accelerator with his deceptive speed alongside other midfielders like Phil Foden, Jude Bellingham and Kalvin Phillips.

This English side possesses some outstanding talents and can become world-beaters if they are moulded in an organized set-up. Saka would be a vital cog in the wheel of the 3 Lions and would form the core in the future.

The midfielder still needs time to grow tactically and temperamentally and providing enough game time would bring positive results for England as well as Arsenal FC. England manager Gareth Southgate and the team management’s role would get all the more crucial from here as they will need to nourish the young star with valuable inputs and mould him technically, skillfully and make him more adaptable as per different situations.

On the other hand, Saka will have to work diligently keeping in mind the competition in this England outfit. The youngster needs to show commitment and needs to raise the consistency level to be on par with his teammates and other players. The midfielder’s role would become all the more crucial from here on and it will be his work ethics on and off the field that would determine his strengths and capabilities at the highest level.