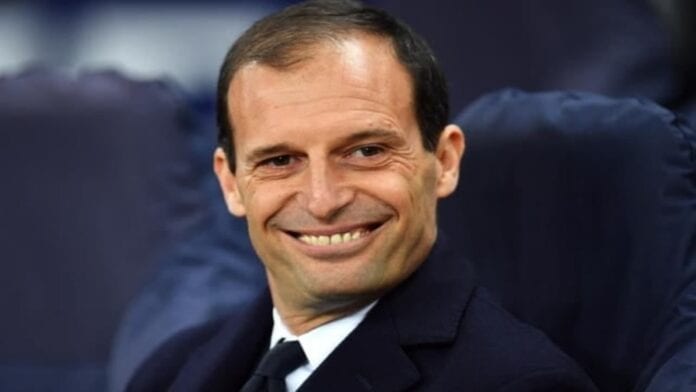 With the transfer season about to begin, clubs have already geared up to bring the best names in their respective dugouts. Recently Juventus FC bosses declared that former manager Massimiliano Allegri would be brought back in place of current manager Andrea Pirlo. The big question in everyone’s mind would be why Massimiliano Allegri is the right choice for the Turin side? well, it’s not that difficult to crack this question.

The 53-year-old manager knows the club from the grassroots level and has worked with the best players as well as the best support staff in the past. During his tenure with the Turin side, Allegri won 5 Serie A titles between 2014-19 and the Italian Super Cup 3 times. The Turin side has reached the Champions League final twice under his guidance. Allegri is a smart communicator with the younger players and knows how to bring the best out of them by moulding them in the right manner. He knows how to fine-tune their skills and how to prepare them as per different situations, playing conditions as well as opponents. The 53-year old-manager has always encouraged the younger crop of players. His reputation amongst the club bosses as well as the senior players is highly respectable.

Massimiliano Allegri could be the perfect man to take Juventus forward

The senior players have felt comfortable playing under him as Allegri has always given them the freedom to express their concerns and has solved them amicably. During his previous association with the Turin side, he used a 4-2-3-1, 4-3-3 or 4-1-3-2 formation but with the transfer season about to begin it has to be seen which players the club owners are interested to continue with and which players are sold. Based on that Allegri and the team management would get a clear idea of what formation and combination they can opt for. If there are new additions, then there could be some minor alterations in the combinations as well as the team formation that would give the right balance.

Allegri’s calm and patient temperament enables him to use his clever acumen during demanding situations and take decisions accordingly. Allegri is well versed with the nuances and challenges of Italian Serie A and has monitored the progress of some of the current players in the squad right from their junior days at Juventus FC or other clubs and knows their technicalities. Some players have also played under him at Juventus FC at this level which will make it a lot easier for him while working with them in the future. Allegri’s tactical acumen would be valuable for the team to prosper like before.

Allegri and the team management need to work out the modalities depending on the workload of every player and giving enough playing time to the newly inducted players. Allegri picks the combination as per the opposition and his clever man-management has brought positive results in the past. His return to the club would definitely be a big boost for the team’s fortunes and hopefully, add more trophies to the team’s cabinet.