The US Grand Prix is just around the corner, with Formula 1 action returning to Austin after two years, all roads will lead to COTA as we head into the 17th race of the season. With everything on the line, all the drivers and the teams will be working day and night to get a successful weekend in Austin as every race from now onwards, including this one will prove to be very vital in both the World Championship and the Constructors’ Championship as well.

The key battle which everyone will keep an eye on will be between Max Verstappen and Lewis Hamilton for the World Championship as only six points differentiate the two of them. COTA is one of the most exciting and anticipating tracks and never disappoints, here is all you need to know about the US Grand Prix.

Which driver has the most wins in the US Grand Prix?

Lewis Hamilton leads the way for having the most wins at Circuit of the Americas with 6 wins to his name. The Mercedes superstar will be hoping to have another excellent weekend and bolster his chances of defending his title. The last race took place in 2019 and was won by Hamilton himself, the circuit was added to the 2020 calendar as well but could not take place due to Covid restrictions.

The track is a 3.4-mile circuit and has a capacity of 120,000 seats to host exciting Formula 1 fans this weekend. The venue’s signature corner is turn 1, which has slightly steep as it goes uphill. In 2019, Kyvat and Charles Leclerc collided at turn 1 as the Ferrari driver was pushed off the track. Will Lewis Hamilton and Mercedes continue their dominance at the US Grand Prix or will Verstappen and Co. look to break another record?

Past Winners of US Grand Prix

All About COTA – Track Length, Laps and more

United States Grand Prix returns to the Formula 1 calendar after being called off last year due to the hiatus caused by Covid-19. The particular track which takes place over 56 laps of the 5.513-kilometre Circuit of The Americas in Austin. The racing and motorsports festivity will commence in Austin from October 22. This particular grand prix will not consist of a sprint qualifying but with only 6 races remaining, Mercedes are surely the favorites to dominate this track. Given that they have improved their speed as compared to arch-rivals Red Bull on the straights and on the corners. This particular spoken about racing circuit is located nine miles from Austin-Bergstrom International Airport and less than 15 miles from downtown Austin. The race in 20201, will be the 42nd time Formula 1 will host the US Grand Prix.

Also Read: Twitter Explodes As Josh Allen Promises To Do A Shoey On. 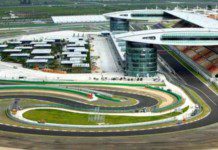