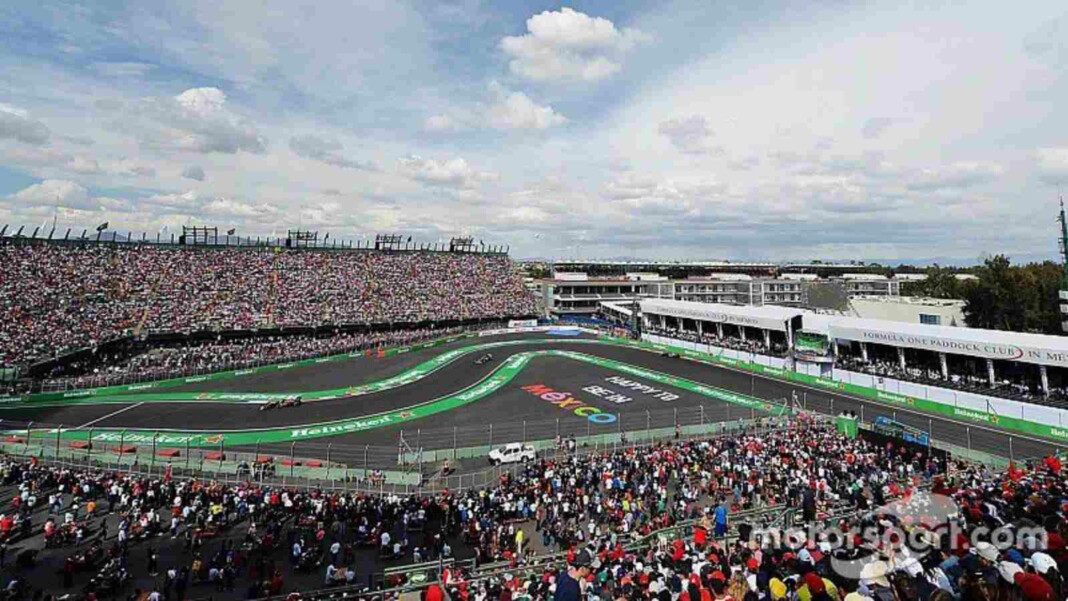 The Mexican Grand Prix is the fifth to last race in the 2021 Formula 1 season, and the title is up for grabs as Max Verstappen and Lewis Hamilton battle it out once again. The Autodromo Hermanos Rodriguez circuit is located in Mexico City sitting 2000m above sea level, and was first seen as a non championship circuit in 1962.

Making an appearance in the F1 calendar for the last 5 years, here is all you need to know about the Mexican Grand Prix.

The Mexican Grand Prix first made its appearance as a championship circuit in 1963 and was on the calendar till 1970 at the Magdalena Mixhuca circuit. It made a comeback again for four years in 1986 at the Autodromo Hermanos Rodriguez circuit before disappearing all together for over two decades.

With the beginning of the turbo hybrid era, the circuit was all set to come back in 2014. However insufficient preparation meant that the circuit would be available only in 2015, where Nico Rosberg clinched the first win of the circuit ahead of Lewis Hamilton and Valtteri Bottas.

The Hermanos Rodriguez spans 4.304km, with 17 turns around the complete circuit. Once drivers rejoin the man straight, they encounter the one of the longest straights on the Formula 1 calendar. The modern V6 engine equipped cars have managed to reach a speed of 370km/h on the track.

The first turn sees a very sharp 90 degree turn on the right, that is quite hard on the breaks. The turn at corner 12 poses a challenge, once again being hard on the breaks and leaving very little room for error since there is limited area for run off. Turn 13 is a tight hairpin bend, after which the turns are a few minor kinks before the drivers reach the main straight once again.

Medium and Hard will be the tyres of choice, as the circuit is unpredictable especially due to its high altitudes. The race will be 71 laps long.

Mexican Grand Prix: What to Expect from the Drivers and Teams

Valtteri Bottas holds the record for the fastest lap during a race in the turbo hybrid era, at a blistering pace of 1:18.74s set in 2018. The last race took place in 2019, where Lewis Hamilton clinched the top spot while Sebastian Vettel and Valtteri Bottas rounded off the podium. Charles Leclerc on the other hand took pole position and also had the fastest lap of the race at 1:19.232s.

Both Lewis Hamilton and Max Verstappen have one 2 races each at the circuit, but in the turbo hybrid era Mercedes have a 3:2 win ratio over Red Bull.

Red Bull have had immense success in taking pole position at the circuit, and Max Verstappen is expected to be vying for the top spot once again. Checo Perez has a strong chance of finishing on the podium at his home race. With questions over Lewis Hamilton’s power unit once again, Mercedes may struggle once again at this circuit. Ferrari cannot be completely discounted, as the circuit seems to suit the car well. Their tussle with McLaren in the 2021 season will produce some exciting results on the tracks this year.

Overall the circuit seems to be Red Bull’s strong hold, however with only five races to go, anything can happen at the 2021 Mexican Grand Prix.