Max Verstappen and Lewis Hamilton are locked in a serious battle entering the last race of the 2021 Formula 1 season. With both drivers tied on same number of points, the stakes cannot be higher and Fernando Alonso has decided to opinionate upon the same. The two-time world champion has had a decent season, and chooses the driver who is a step above than the other involving the title protagonist.

There is no surprise in knowing that Fernando Alonso wants Max Verstappen to win his maiden world championship and praised both Lewis Hamilton and the Dutchman for pushing each other to the limit.

Also read: Lewis Hamilton vs Max Verstappen: Where can we rank this rivalry…

What was opinionated by Fernando Alonso?

Fernando Alonso stated as reported by Crash, “You see that they are first and second in every race because they are at another level – so that’s fantastic to see how they push each other. But I don’t know, this final race is going to be tense for sure for them, we will see.

“It will depend on the package, a little bit. Mercedes I think are performing a little bit more now and they have won a couple of races since but Max is driving, in my opinion, one step ahead of all of us and we saw the lap in Jeddah until he touched the wall in the last corner.

“That lap was coming from Max, not the Red Bull I think, but that’s my opinion. Mercedes, they deserve the constructors’ championship because I think their car is superior and Max maybe overall in the year was driving one step ahead of everyone.”

He concluded, “It’s not that I support Max, I think he deserves it or he was driving, in my opinion as I said, everyone has a different opinion, I think he was driving that Red Bull to another level. I think no advice because they are very well prepared, they are committed, they are fast, they are professional, no mistakes, both of them driving at the limits so I think it’s very interesting to watch from the outside. They are very well prepared and that’s good.” 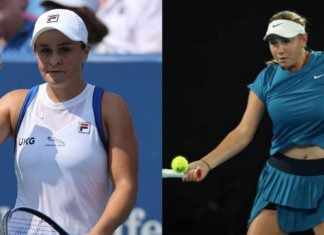