With the 2021 formula season experiencing new plot twists every race weekend, the next chapter is reckoned to be French Grand Prix. After the top two drivers went scoreless in Baku, this is this perfect chance for redemption. Especially with Lewis Hamilton winning in both 2018 and 2019, the seven time world champion could stamp his authority on the oldest ‘Grand Prix’ by clinching a hat-trick.

However, first lets analyze the French GP weather conditions forecasted ahead on all the days of the race weekend, to determine which driver and team could be the most favored. The French Grand Prix is expected to be overcast for much of the weekend, with a slight chance of rain showers on race day. Forecasts indicate Friday will be the sunniest of the three days of running at Circuit Paul Richard. The morning session will see relatively heavy cloud but this should turn sunny by second practice.

French GP Weather: Would their be rain on the race day as per the forecasts?

Saturday will follow a similar pattern of cloud cover, lifting somewhat after third practice but still relatively heavy ahead of the qualifying hour. Race day will be much as the previous two days, overcast and with temperatures at 31C. But with an increased chance of rain.

To simplify, The mercury will peak at around 30C on Friday and Saturday just before the afternoon sessions on each day. Wind conditions on the first day will be a little stronger than on the next day with speeds up to 30kph and gusts of up to 55kph. Having said that, the conditions and weather should be calmer for qualifying, with top speeds of 20kph and gusts of 40kph. We could therefore see teams again preferring to avoid Pirelli’s softest tyre nomination this weekend, the C4 as they did with the ultra-soft 12 months ago.

Especially with Sebastian Vettel revealing that the Pirelli tyres have been difficult to maneuver in different situations, soft tyres would not be the ideal solution to perform at Circuit Paul Richard.

Also Read: French Grand Prix 2021: When and Where will it be held,…

Also Read: French Grand Prix Live Stream: When, Where and How To Watch 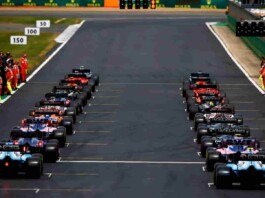 Formula One reveals schedule for the second sprint race of the... 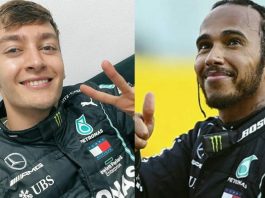 “As Long as Lewis Hamilton is driving at Mercedes, George Russell... 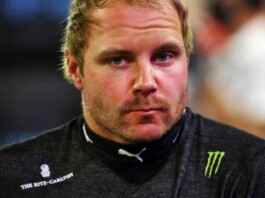