Ahead of their potential partnership at Mercedes in 2022, former F1 driver David Coulthard warns the seven-time world champion Lewis Hamilton about the ‘i don’t care’ attitude of George Russell. With the latter not having the same speed as Hamilton, Coulthard suggests Russell could impose some threats to Hamilton, given the British ace will be continuing until a few more years after signing his extension.

According to the latest F1 rumor mill, Russell is just days away from being confirmed as the Mercedes 2022 driver. If these rumors are correct than Coulthard’s warning to Hamilton could be taking very seriously. While Valtteri Bottas is the perfect number two for Mercedes and Hamilton, the story with Russell could be different.

What was Opinionated by David Coulthard on George Russell?

Not because he is as quick as his compatriot, but because the 23-year-old’s “passion” and “hunger” mean he won’t be afraid to take the fight to Lewis Hamilton.

“We saw George’s hunger and racing spirit when he came together with Valtteri in Imola,” Coulthard told The Mirror. “He probably overreacted there, which is just an opinion.

“But what we did see was his passion behind the wheel and that’s the sort of passion he’s going to need to beat Lewis. He’s not going to beat Lewis with pure speed, Lewis is one of if not the fastest drivers of the last decade, George I believe has the talent to match that speed.

“So, where’s he going to beat Lewis? He’s going to beat him with that passion, that hunger, that ‘you might be Lewis Hamilton but when we go on track, I don’t care who you are’”. 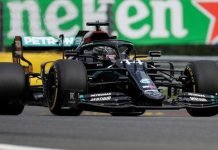