Ever since Max Verstappen and Lewis Hamilton collided in the Italian Grand Prix, it seems like the Dutchman has taken a world of criticism from various pundits, former drivers and race fans. Evidently, when you collide with your rival in such a manner, such opinions are bound to come your way. However the latest to add onto Verstappen’s misery is Sir Jackie Stewart, who surely feels that the 23-years-old is taking longer than expected to mature on the race track.

The Formula One legend was disappointed to see Verstappen walk away without stopping to check if Hamilton was OK after his car almost clattered into the Briton’s head at Sunday’s Italian Grand Prix. But Sir Jackie Stewart does not believe that Verstappen, who was held responsible by the stewards, was entirely to blame.

What was Opinionated by Sir Jackie Stewart on Max Verstappen?

Stewart told Sportsmail as published on Dailymail.co.uk, “Verstappen is taking longer than expected to mature. Not even to go to see Hamilton after a serious accident when you have just driven over the top of the guy is something I don’t really understand. Especially when he is still in his car and remained there for a long time before getting out.”

He added, “Max has quite a lot to learn. But who will he listen to? He’s very, very good. He’s probably the fastest driver on the grid now, but to be a proper champion you cannot be entangling yourself in crashes all the time. If I were their team principals, I’d tell them, ‘For Christ’s sake, don’t do it again’. Just because you are leading the world championship, it doesn’t mean you are bulletproof.”

Stewart, who did more than any other driver to revolutionise safety in motor racing, thinks both men took unnecessary risks at a dangerous spot.

“The stewards have more information, but if they were so certain Verstappen was entirely to blame then why does he only get a three-place penalty? If it weren’t for the halo, Lewis could have died, and the supposed culprit only gets a slap on the wrist!”

Also Read: ‘She’s one of us!’ Know all about Emma Raducanu’s Formula 1… 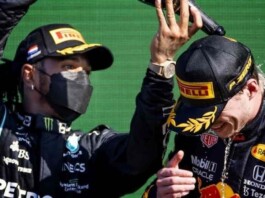 Lewis Hamilton Changes His Mind About His Own Advantage in Title... 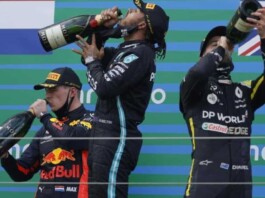 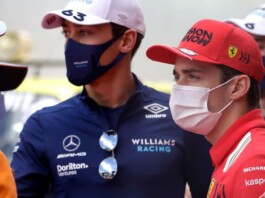 Formula 1: Charles Leclerc Delivers Some Words of Wisdom to George...